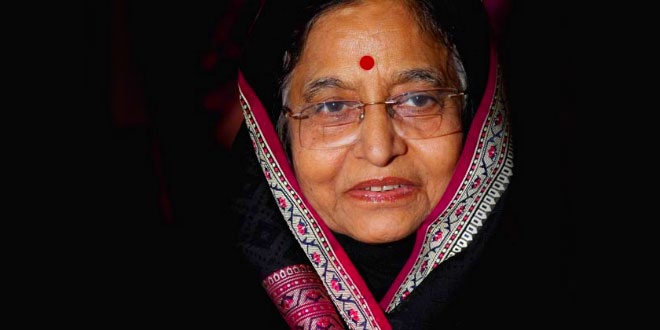 India is a great democratic developing country. As per rulers and powers laid down in our constitution the rank of President is the top most. Smt. Pratibha Patil has become the first Indian Women President to honour the most prestigious and topmost rank of our country.

Smt. Pratibha Patil was born on 19 December, 1934 at a small village of Jalgaon district, in Maharashtra. She was married to Sh. Devi Singh Ram Singh Shekhawata in Shekhawati region of Rajasthan. After sometime of her marriage, her family settled at Jalgaon in Maharashtra. She is blessed with a daughter and a son. Her husband Sh. Devi Sigh Ram Singh was elected Mayor of Amrawati city.

Before joining active politics, Smt. Patil was a successful advocate. She remained member of legislative assembly (M.L.A.) in Maharashtra from 1962 to 1985. She served the Maharashtra state and became Urban Development, Education, Tourism, Health, Cultural and Social Welfare Minister during that course of time:

When Sharat Pawar became the Chief Minister of Maharashtra in July, 1979, she became the leader of opposition in the state assembly. Then she came to Delhi to serve in Indian Parliament after being elected member of Parliament from Rajya Sabha in 1985. Smt. Patil was elected as the Deputy-Chairman in Rajya Sabha also.

From 18 November, 1986 to November 1988, she performed her deputy speaker’s dupty very sincerely and impartially.

After 8 years, in 1996, her tenure of Rajya Sabha came to an end. From the very beginning Smt. Patil has been a close associate and loyalist to Nehru family. Before her appointment as a Government of Rajasthan in November 2004, she had dedicated herself as a sincere and disciplined politician.

On 25th July, 2007, Smt. Pratibha Patil created history in Indian politics when she was sworn in as the first Indian women President. At the age of 72, with a long and wide political experience she became 13th President of India.

We hope that under her guidance, we shall achieve name and fame not only in India but abroad also. All the India women have a lot of expectations from her. She is determined to lead the country on a path of progress.