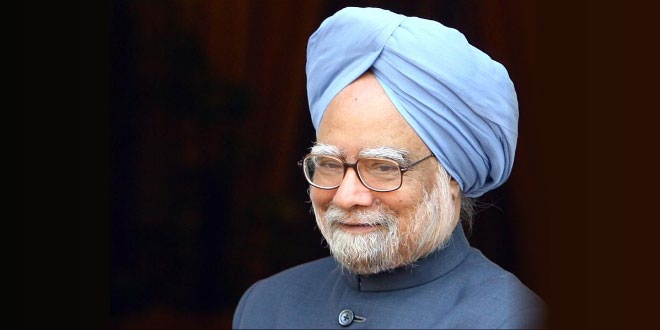 India is a republic country. As per the rules the people make the government and this time they have selected Dr. Manmohan Singh as their Prime Minister.

Born in a small village in Gaah, is situated between Lahore and Islamabad in 1932. Dr. Manmohan Singh spent his childhood in Pakistan and in Amritsar. They settled down in Amritsar after the partition. Dr. Manmohan Singh was known for his diligence, hard work and integrity. He did his schooling from Gyan Ashram and Hindu Mahasabha and completed is M.A. (Economics) from Khalsa College, Hoshiyarpur.

Dr. Manmohan Singh became the Lecturer in Punjab Colledge after completing his Ph.D. (Economics) from Oxford.

He became the Finance Consultant due to his sheer hard work. Later on he was appointed as the Governor of Reserve Bank of India (RBI).

Dr. Manmohan Singh became Finance Minister when Narsimha Rao was selected as the Prime Minister. This marked his entry into politics and later on he got involved in many activities of Congress Party.

We expect a lot from this great-man. He is a great personality. Dr. Manmohan Singh achieved his grand success through his diligence, hard-work and integrity. He is a very good and gentle personality. The whole country expects a lot from him and we wish him all success in his new assignment.