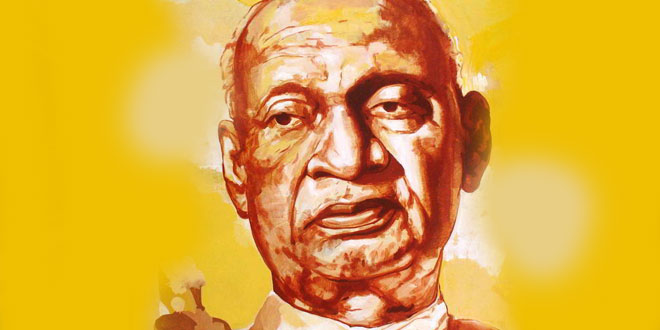 Sardar Vallabhbhai Patel was born in a Gujarati family on October 21, 1875. After his schooling, he saved money to go to England for higher studies. He studied law there and returned to India as a barrister.

Gandhiji had a great impact on Sardar Vallabhbhai Patel, and he entered the political field in 1918. His excellent work in every field made him famous throughout Gujarat.

Sardar Vallabhbhai Patel had great sympathy with the peasants of India. He was the hero of the Bardoli Satyagrah. The poor people of Bardoli could not bear the 30 percent increase in taxes. Patel launched his Satyagrah for their cause. It won him the title of ‘Sardar’ from Gandhiji.

Sardar Patel was elected the president of the Congress Party in 1931. He was very deeply involved in the freedom movement. He was jailed for 3 years in 1942 for being s leader of the ‘Quit India Movement’.

When India became independent in 1947, Sardar Patel became the Home Minister under Nehru. He did a very good work of keeping law and order in the partition riots.

Sardar Patel’s biggest achievement was to persuade all the princely states and kingdoms to give up their sovereignty and be united under one India. For this mammoth task, he earned the title ”The Iron Man of India”. It was a huge service to the nation. He died a proud man in the year 1949.

Sardar Vallabhbhai Patel was a very hard-working individual from his childhood. He used to help his father in farming and also took time for his studies. He became an Indian barrister and statesman.

Sardar Vallabhbhai Patel was one of the leaders of the Indian National Congress and one of the founding fathers of the Republic of India. He took active part in the struggle of India.

Sardar Vallabhbhai Patel became the first Home Minister and Deputy Prime Minister of India. He used strength and determination to bring together the many Indian princely states to form one united country- India as we know it today. He was often known as the ‘Iron Man of India’.

Sardar Vallabhbhai Patel died on 15 December 1950 at the age of 75. He will ever be remembered for his great works.