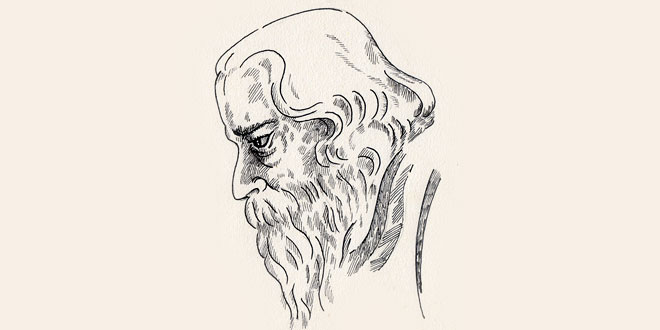 English essay on Rabindranath Tagore for students and children

The great poet of India, Rabindranath Tagore, was born in Calcutta on 8th May, 1861. His parents were Mahashri Devendra Nath and Sharda Devi. Tagore hated school in his childhood, and so was taught at home. Rabindranath Tagore started writing from a very young  age. He was a very talented child. He grew up to be poet, novelist, painter, philosopher, actor, dramatist and scholar. But he is known all over the world for his wonderful poetry.

On November 13, 1913, at the age of 52, Tagore won the Nobel Prize for Literature for his collection of poems – Geetanjali. It was a moment of pride for all Indians.

Rabindranath Tagore wrote on all subjects-social reform, politics, education, religion, music, language and many others. Most of his works are in Bengali. Besides Gitanjali, he wrote ‘puravi’, ‘The Evening Sonegs’ and ‘The Mornings songs’. His novels include Gora, Raja and Rani, Birodini and Nauka Dubi.

Tagore loved all mankind. He was also deeply religious. He eastablished a unique university called Shantiniketan in Bengal. He gave us our national anthem ‘Jana Gana Mana’. This great son of India will never forget Rabinranath Tagore.

Previous English Essay on Our School for Children and Students
Next NCERT 7th Class (CBSE) Social Science: The Changing Face of the Earth