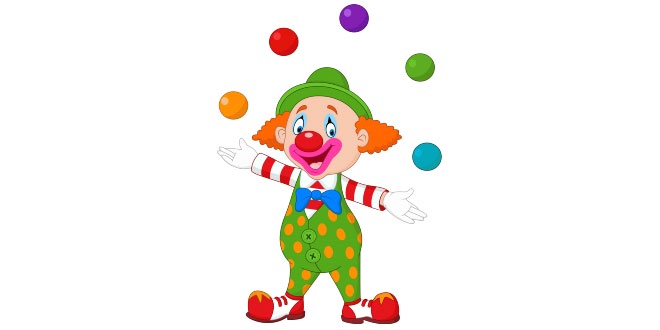 A juggler is a familiar figure in a city. He goes from place to place to show his feats of skill. He carries a basket. He likes to gave performance by the road side where he can attract a large number of spectators. He has a boy to help him.

Last Sunday. I had a chance to see a juggler’s show. People were standing around him in a circle. He began to show his tricks. First of all he threw some wooden balls on into the air and made them revolve in a circle. He went on increasing their number, but the balls kept revolving at a high speed. People clapped in appreciation.

Next he took a ring from a spectator, broke it with a hammer and threw it away. The owner felt anxious and demanded it back. The juggler asked him to search his pocket. The man found it there.

His third trick was that of the mango plant. He put a mango stone in a pot and covered it with a piece of cloth. Soon after he removed the cloth. People were astonished to see that it had grown into a small mango tree.

The basket-trick was very surprising. The juggler made his boy lie under a big basket and stabbed him with a long knife. Blood ran out and the boy cried with pain. All thought that he was dead. But they were wonder-struck to see him come out alive, quite and hearty.