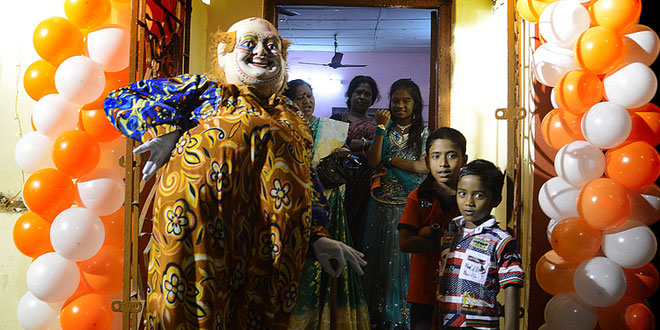 I attended the birthday party of my friend Deepa last week. She had turned twelve that day and gave a party to celebrate it.

It was a small party. Deepa had invited only a few of her close friends and relatives to attend it. Everyone was in a jolly mood. Deepa was dearly loved by all and everyone was happy on her birthday.

I reached her house at 5.00 p.m. sharp. Most of the people had already gathered there. We first played some games like ‘Musical Chair’, ‘Passing the Parcel’ etc. I won the first prize in drawing the donkey’s tail with may eyes blind-folded.

After some time Deepa’s mother called her to cut the cake. We all clapped and sang ”Happy Birthday” to her. We were Served some very tasty eatables which her mother had prepared herself.

After eating to our fill we again came out in the garden to play. We played many games together and didn’t feel the time pass by at all. I gifted my friend a game of Chinese Checkers which she liked very much.

Finally it was time to come home. It was growing dark so Deepa’s father dropped us all in his car. I enjoyed my friend’s birthday party very much and wish her a long life.