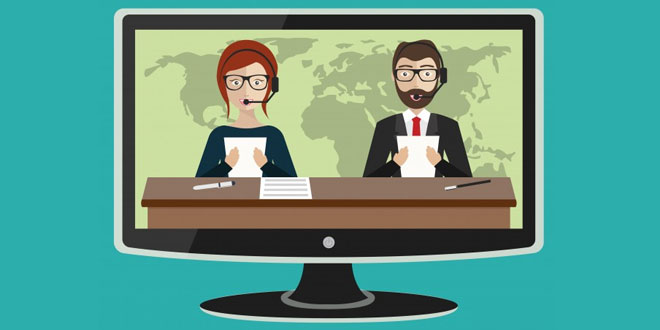 Television is one of the greatest inventions of science. It is a means of communication like the radio or newspaper, but is an improvement on both. It can be used to educate as well as to entertain.

Today’s television sets are very advanced. They have many features in them. Colour T.V. with cable connections are very different from the first T.V. sets. In India they are not used as much as in the western countries. Most of the poor people in India cannot afford them.

Television has several uses. It gives us a lot of information on many topics. It gives us news and interviews, movies and many other programmes. Sports lovers can watch their favorite games straight form the sports fields. It makes the game very thrilling.

Television is very useful for farmers too. They can hear the weather forecasts and plan their crops accordingly. T.V. also shows very good adult and children’s education programmes. It can present the whole world to us on its screen.

However, television has its bad side too. Children may get affected by the violence shown on it. They may neglect their studies by watching too much T.V. People don’t go out in the fresh air or greet visitors with pleasure. Too much T.V. is also bad our eyesight.

Television can be a very good tool in man’s hands if used properly. Only good and clean programmes must be shown on it. We must also be responsible and watch only a limited amount of T.V. It is clear that the good or bad effects of T.V.depend totally on us.

Previous English essay on The Game I Like Most
Next सदाचार पर निबंध Hindi Essay on Virtue, Good Behavior