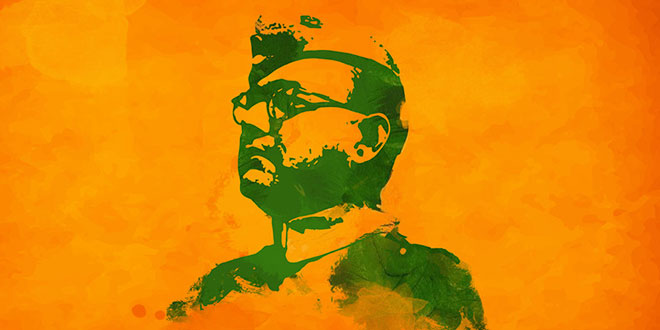 Bosh was an intelligent student and passed his intermediate examination in first division in 1915. He was very proud of being an Indian right from the beginning. He even slapped his English teacher in college for insulting Indians. He passed his B.A. examination from Presidency College in 1919.

Subhas Bose passed the difficult Indian Civil Services examination in England and got fourth position in the merit list. But he came back to India in 1921 because he had a burning desire to serve his motherland.

Back home, he joined the Swaraj Party and was sent to jail many times for his activities. In 1938 he become the President of the Congress. Bose and Gandhiji did not agree with the each other’s views. During the Second World War, he formed the Indian National Army. He wanted to win India‘s freedom with the help of this Army.

Subhas Chandra Bose even went to Germany to ask Hitler for his help, which Hitler promised him. Bose uttered the famous line, ”Give me your blood and I will give you freedom” to the people of India. He fought with the Japanese forces against the British, but when Japan surrendered, Bose had to escape to Tokyo. It is believed that he met his death in a plane crash in 1945.