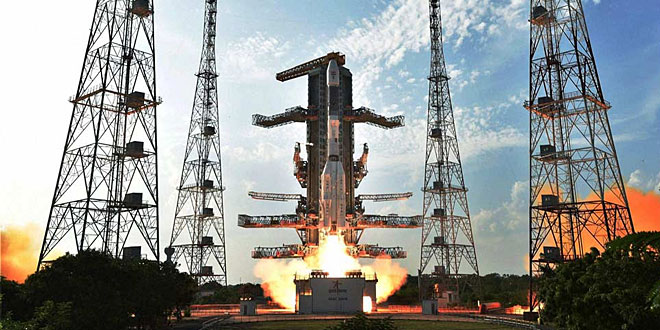 GSLV was launched on 28th March 2001. It was a gala day in the history of Indian space research. Through it did not get the desired results as its launching was stopped within last four seconds. There was some technical problem in the booster. The ‘S’ shaped pipe whose radius is equal to Re 1 coin allows the flow of fuel. A piece of lead got stucked in this pipe through fuel oxideser flows. This stopped the flow of the fuel.

GSLV was completed in 10 years i.e. 87,600 hours. It measured 49.1 meters. Its weight was 401.4 tonnes. The scientists were making efforts for its second launch. And they succeeded  on 18th April, 2001. These second development fight of GSLV was lunched from a small Island Harikota. Which is at a two hours distance from Chennai on 18th April, 2001 at 3:43 p.m. This grand success brought us on the world map of space research. It has put India in the world trade of 10 million dollars i.e. Rs 47,000 crore. The launching of GSLV has added a feather in our cap. But this is not enough, our scientists are required to put more efforts to improve its quality and working with less budget.

The success of GSLV has brought name and glory to India and has placed India among the top research of the world.