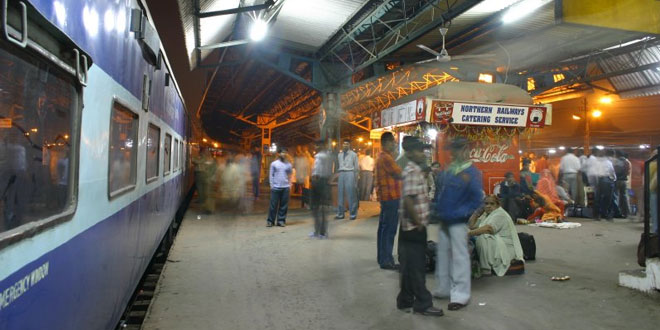 Scene at a Railway Platform: English essay for students

A railway platform is one of the busiest places that one can see any day. It is always very interesting to stand and watch all the different kinds of people hurrying to and fro. There are passengers, railway officials, beggars, vendors and of course the all important coolies in their red uniforms.

A few days back I went with my mother to the New Delhi railway station to receive my father. He was coming from Mumbai by the Dehradoon Express. We had reached time to stand watch everyone. My mother and I played a game of trying to guess where each person was from by their conversation and dress. It was a good pass time.

The scene at the platform grew busier as the arrival time of the train drew near. The vendors started preparing to sell their wares on the train. The coolies began to collect at the platform. People gathered in huge numbers. The noise level was unbearable. Everyone was Shouting and talking at the same time.

The train came round the bend and slowly moved towards the platform. My mother and I craned out necks to see if we could spot my father. There he was! We Waited impatiently for the train to stop so that he could get down. We all hugged each other happily. The other passengers were also busy boarding and deboarding the train. The platform itself stood as a mute witness to all this activity.