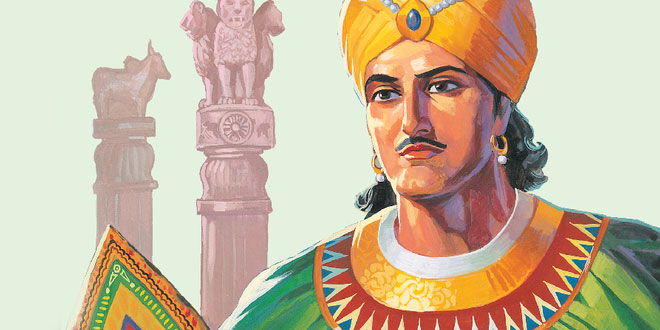 Ashoka The Great – Essay in English

Ashoka the Great (also Samrat Ashoka, Ashoka Maurya) succeeded to the throne of Mauryan Empire in 273 B.C., after the death of his father, Bindusara. He is remembered for his efforts to spread the message of peace through Buddhism among the masses.

King Ashoka is popularly known as Ashoka the Great. In his inscriptions he is called Devanampiya (beloved of the gods) and Piyadashi (one who looks to the welfare of his subjects).

The edicts of Mauryan Emperor Ashoka that were found in different parts of the country are the most dependable evidences of his reign. Besides these edicts, the Buddhist book Divyavadana and Ceylonese chronicles Mahavamsa and Dipavamsa also give important information about Ashoka and his reign.

Ashoka was born to Emperor Bindusara in 304 B.C. Ashoka had several brothers and sisters. He was an extremely brilliant and fearless child. He also got military training during his early life. When he was just 18 years old, he was appointed as the Viceroy of Avanti. He married Vedisa-Mahadevi Sakyakumari. Mahadevi gave birth to Mahendra (son) and Sanghamitra (daughter).

Meanwhile, a severe revolt broke at Taxila and situation was going beyond control. Ashoka was called, and there he displayed his skills while successfully suppressing the rebellion.

After the death of Bindusara, there is mention of a war of succession. Ashoka emerged as the winner and secured the throne with the help of Ramagupta (minister in the court of Bindusara). In may be noted that though succeeded to the throne in 273 B.C., his coronation ceremony took place in 269 B.C.

Ashoka pursued the policy of extension of the Magadha Empire following the ideal of his predecessors. In his eighth regnal year Ashoka invaded and conquered Kalinga after a bloody war. Ashoka attacked Kalinga which occupied a strategic position controlling the routes to south India by land and sea.

In his Rock Edict XIII Ashoka had referred to the conquest of Kalinga and the great loss of life. The Rock Edict reads, “One hundred and fifty thousand persons were captured, one hundred thousand were killed and many times that number perished”. The destructive nature of the Kalinga war created an emotional shock to Ashoka. He regretted that he had been responsible for so much suffering of the fellow human beings.

When he was in such a penitent mood, he met a Buddhist Monk Upagupta. The Buddhist teachings touched his heart and he became a convert to Buddhism, which preached non-violence. After the conversion he took the vow of serving all human beings. This change of heart of Ashoka found its reflection in his internal and foreign policies.

Indeed, Ashoka’s decision to abandon the policy of war made possible for some states in the south to maintain their independence. He, henceforth, pursued a policy of friendship to all nations of the known world.

Kalinga was the sole conquest made by Ashoka. But he had inherited a vast empire from his predecessors. The find spots of Ashokan edicts and some other evidences assist us in demarcating the borders of Ashoka’s Empire. From these evidences it appears that his empire covered an extensive territory from the Himalayas in the north to the river Pennar (north Mysore) in the south, from the Hindukush in the north-west to the Brahmaputra in the east. It also included Kabul, Kandahar, Herat, and some parts of Nepal and Kashmir. 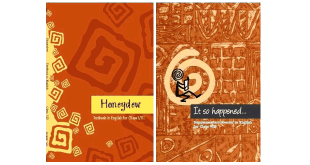