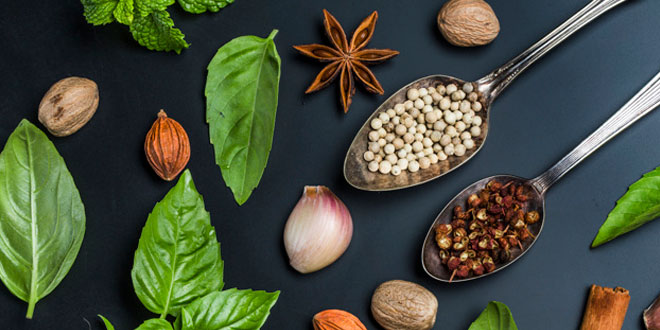 Nutrition is the process of taking food by an organism and its utilization by the body. Green plants prepare their own food while humans and animals are directly or indirectly dependent on plants for their food.

On the basis of a different mode of nutrition, organisms are categorized into two major types, i.e.

The process by which autotrophic green plants make their own food from simple inorganic substances (carbon dioxide and water) in the presence of sunlight and green pigment or chlorophyll is known as photosynthesis.

The process of photosynthesis takes place in green leaves, therefore leaves are referred to as the food factories of plants. The. the photosynthetic process can occur in other green parts of the plant-like stem but is not enough for meeting all the needs of the plant.

The whole process of photosynthesis can be given by the following equation:

All living organisms are made from small building units of catted cells. Cells are the structural and functional units of the body of all living organisms. They can only be seen under a microscope. The cell has a thin outer boundary called cell membrane, a distinct, centrally located spherical structure called nucleus and jelly-the substance surrounding the nucleus called cytoplasm.

The inorganic raw material, i.e. CO2 is taken from the air through the tiny pores present on the surface of leaves called stomata and water is absorbed through the roots of plants (from the soil) and is transported to leaves by vessels which act like pipes. These vessels form the continuous path from roots to leaves for the movement of nutrients.

Green plants possess chlorophyll in their leaves which captures the energy of the sunlight. This light energy is used to prepare food (starch). During the process, oxygen is also released. Photosynthesis is the unique process in which solar energy is captured by the leaves and stored in the plants in the form of food. Thus, ‘Sun is the ultimate source of energy for all the living organisms’.

The food produced by the process of photosynthesis is mainly carbohydrate. It produces glucose as food material which later gets converted into starch. The presence of starch in leaves indicates the occurrence of photosynthesis.

Photosynthesis in Leaves of Various Colors

In green pants, chlorophyll absorbs light energy from the sun to perform photosynthesis. Besides some green colour plants like Croton, maple, Colocasia, etc., have leaves that are red, brown, violet colour (variegated). These colours are present in large amounts and masks the green colour of chlorophyll in leaves. Thus, these leaves also perform photosynthesis and synthesise starch in them.

Synthesis of Plant Food other than Carbohydrates

When the plant nutrient contains, carbon, hydrogen and oxygen along with nitrogen elements, it is called protein. The element nitrogen comes from soil in the form of nitrate by the actions of some bacteria present in soil and forms amino acid which is then converted into proteins. Therefore, plants also make fats and proteins as their food.

Other Modes of Nutrition in Plants

There are some plants which do not contain chlorophyll in them and thus, cannot prepare their own food. These plants obtain their food from other plants or animal, i.e. they are heterotrophic in nature.

A parasitic plant is one that lines inside or outside the other organism and derive their food from them. The plant (non-green) which obtains their food from other organism is called a parasite and the living organism from whose body, food is obtained is called host, e.g. amarbel or Cuscuta. It takes ready-made food from host through special type of roots called sucking roots which penetrate into host plant and suck food material from the host.

There are some plants which can trap insects and digest them for their nutrition. These plants are green in colour but lack nitrogen elements. To overcome this problem, these plants eat insects. Hence they are called insectivorous plant or carnivorous plants. These have specialized leaves, the apex of which forms a lid that can open and close the mouth of pitcher. There are hair inside the pitcher which are used to entangle the insects.

When an insect comes in contact of the lid, it gets closed and traps the insects. The insect inside the pitcher is digested by digestive juices secreted by the pitcher to obtain nitrogen compounds (amino acids) from them.
e.g. pitcher plant, sundew, Venus flytrap and bladderwort.

Since these can synthesize their own food but fulfil their nitrogen deficiency by eating insects, therefore these are called as partial heterotrophs.

The mode of nutrition in which organisms take their nutrients from dead and decaying matter is called saprotrophic nutrition.

Plants which use the saprotrophic mode of nutrition are called saprotrophs, e.g. fungi like mushrooms are non-green plants that grow on the dead and decaying matter for their food. Bread moulds (fungi) and yeast are saprophytic plants.

Sometimes, two plants of different species live together and help each other in obtaining food and shelter. This association is called symbiosis and such plants are called symbiotic plants.

The relationship in which two different organisms live together and share shelter and nutrients is called symbiotic relationship, e.g. lichens and Rhizobium.

Lichen is an association in which algae and a fungus live together. The fungus provides shelter, water and minerals to the algae and in return, the algae provide food which it prepares by photosynthesis.

Replenishment of Nutrients in Soil

Crops require a lot of nitrogen to make proteins. After the harvest, the soil becomes deficient in nitrogen. Plants cannot use the nitrogen gas available in the atmosphere directly. The action of certain bacteria can convert this nitrogen into a form readily used by plants. Rhizobium bacteria live in the root nodules of leguminous plants. These bacteria take nitrogen gas from the atmosphere and convert it into water-soluble nitrogen compounds making it available to the leguminous plants for their growth.

In return, leguminous plants provide food and shelter to the bacteria as Rhizobium cannot prepare its food. They, thus have a symbiotic relationship. This association is very important for the farmers, as they do not need to add nitrogen fertilizers to the soil in which leguminous plants are grown.