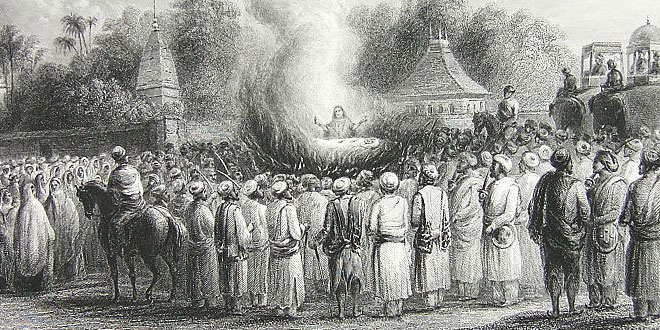 Question: What were the social reforms brought about by Raja Ram Mohan Roy?

Answer: The social reforms were:

Question: Why was sati abolished?

Answer: Sati was the practice of burning Hindu widows alive along with the body of their dead husband, on the funeral pyre. This was an inhuman custom practiced in India. The British government passed a law in 1892 making it an illegal act.

Question: Who founded the Arya Samaj and why?

Answer: Dayanand Saraswati founded the Arya Samaj because he wanted people to be free of domination of the upper caste and rituals.

Question: Who founded the Sharda Sadan and why?

Answer: Pandita Ramabai founded the Sharda Sadan, a society home for widows as she felt they were neglected. She helped find jobs for windows so that they would not be dependent on their families.

Question: How did Sir Syed Ahmed khan work to improve condition of women in Indian society?

Answer: Sir Syed Ahmed khan work to improve the condition of women in Indian society by: