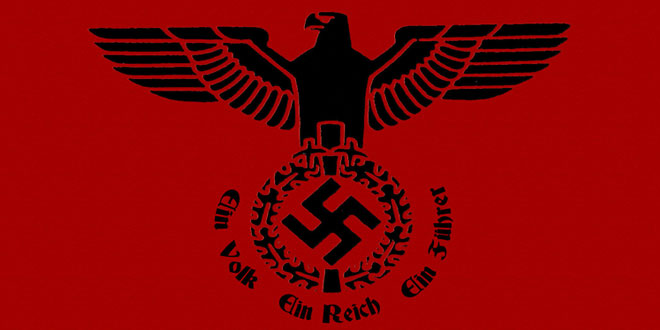 Question: How were women treated in Nazi Germany?

Answer: Women in the Nazi Germany were treated as important citizens. Motherhood was glorified, but not all mothers were not treated equally. The women who bore desirable children were awarded. They were given favored treatment in hospitals and concessions in theaters and shops. Those who bore undesirable children were condemned and punished severely.

Honour Crosses were given to women who produced more children. Women with 4 children were given a Bronze cross, women with 5 were given a Silver cross , while women who bore 8 children and more were given a Gold cross.
Aryan women who deviated from the given code of conduct were severely punished

Question: What was expected of the youth in Nazi Germany?

Answer: All the young men above the age of 18 years were expected to serve in the armed forces and enter one of the Nazi organisations.

At the tender age of 10 they had to join ‘Jungvolk’ – Nazi youth groups for children below 14 years of age. At 14 years of age they enrolled in the Nazi Youth Organisation called ‘Hitler Youth’.

The German youth were educated in the spirit of National Socialism by these youth organisations. They were taught to worship war, glorify aggression and violence , condemn democracy , hate Jews, communists, gypsies and all those who were called ‘undesirable’.

Question: Why did the Nazis hate the Jews?

Answer: Traditionally the Jews were considered as the killers of Jesus Christ. It was this traditional hostility and the fact that were basically money lenders charging excessive interest that made the Nazis hate the Jews.

Question:Why did the German Mark collapse?

Answer: Germany had to pay war reparation after its defeat in the First World War. But Germany refused to pay the reparation and France occupied Ruhr to claim Germany’s coal. In retaliation Germany printed paper currency recklessly. As a result, the value of German mark collapsed and prices of goods soared.

In December 1923, 1 US dollar was equal to 98,860,000 marks. People had to carry a cart load of currency to buy a loaf of bread. This crisis is known as hyperinflation.

Question: Explain why Nazi propaganda was effective in creating a hut red for Jews.

Answer: Nazi propaganda was effective in creating hatred for the Jews for the following reason:

Answer: Hitler, after coming to power, emerged as an all powerful dictator. He destroyed democracy in Germany.

Question: What did the Nuremberg Laws mean to the ‘undesirables’ in Nazi Germany? What other legal measures were taken against them to make them feel unwanted?

Answer: Basically, the Nuremberg Laws meant that the ‘undesirables’ had no rights to live along with the other citizens. These included Jews, Gypsies, ‘Blacks’ and other nationalities like Polish and Russian people. These laws, promulgated in 1935, stated