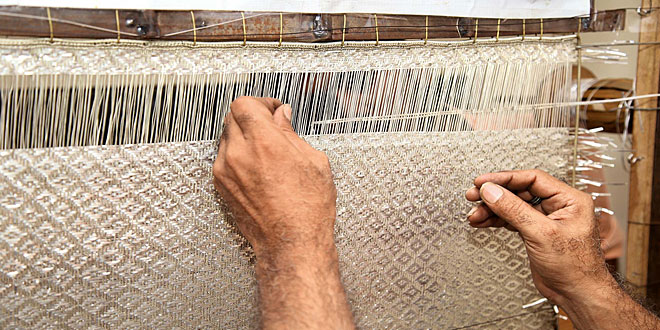 Question: What was known as a qasba in medieval India?

Answer: During the Sultanate Period (13th to 16th Centuries CE), many of the villages, especially the district headquarters, slowly grew into towns, known as qasba.

Question: Name a city that was both an administrative and a trade center during the Mughal Period.

Answer: Surat, a port city in Gujarat, was a major trading center in the Mughal Period, from where merchants traded with Africa and Arabia. Surat zari was in demand all over the world.

Question: Name one important religious town or city from the south, east, west and north of India.

Question: Name four crafts in which the people of Medieval India were involved.

Answer: Palampore were the variety of painted fabrics, which were popular in the Mughal and Deccan courts. The borders of these pieces were block printed while the center depicted the ‘tree of life’ motif made by hand.

Question: What is Kalamkari work? Why is it called so?

Answer: Kalamkari cloth got its name from the Kalam, the pen-like tool used to draw designs on the cloth. The word Kalam means pen and Kari means work. It refers to a method of painting with natural and vegetable dyes on to cotton and silk fabric with a bamboo pen. Kalamkari cloth was much sought after by the Mughals and the Europeans.

Question: Establish with examples the greatness of crafts during the medieval period in India.

Answer: The accounts of foreign travellers contain descriptions of the wide variety of exquisite goods sod in the markets of those days. India was famous for its textiles, which formed one of the chief items of export.

Reproduction in Plants 7th Class NCERT CBSE Science Chapter 12 Question: Why is the process of reproduction …