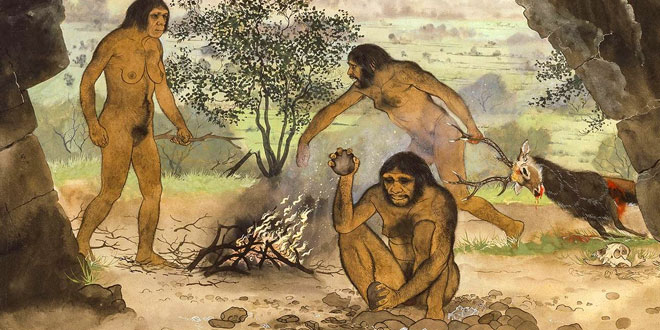 Question: What did hunter-gatherers do to sustain themselves?

Question: Why was hunting animals difficult for the people?

Answer: Hunting animals was difficult because there were several animals that ran faster than human beings, many were stronger.

Question: What do people need while hunting animals or catching fish and birds?

Answer: People need to be alert, quick and have lots of presence of mind.

Question: Collecting plant produce needs a lot of precaution. How?

Answer: One needs to find out which plants or parts of plants are edible, that is, can be eaten, as many can be poisonous. It is also necessary to find out about the seasons when the fruits ripen.

Question: What is the difference between perennial and seasonal lakes and rivers?

Question: How was wood used in the past?

Answer: Wood was used as firewood. It was also used to make huts and tools.

Question: What were factory sites?

Answer: Factory sites were places where stone was found and where people made tools.

Question: Where are natural caves and rock shelters found?

Answer: Natural caves and rock shelters are found in the Vindhyas and the Deccan plateau.

Question: What suggests that people in the past used fire?

Answer: Traces of ash have been found in the Kumool caves. This suggests that people in the past used fire.

Question: Why did earlier people use fire?

Answer: They used fire to make light, to cook meat and to frighten animals.

Question: What is the special feature of the paintings found in Madhya Pradesh and southern Uttar Pradesh?

Answer: These paintings show wild animals which have been drawn with great accuracy and skill.