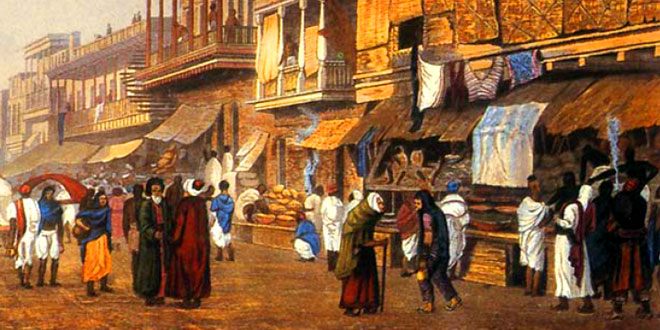 Question: Write a short note on the term “Sapta Sindhu”.

Answer: During Vedic age, India was called “Sapta Sindhu” or the “Land of seven rivers”. These rivers were the Indus, Jhelum, Chenab, Ravi, Sutlej and the mythical Saraswati. Sindhu was the Sanskrit name for the Indus. The earliest reference to this name is in the Zend Avesta, the holy book of the Ancient Persians.

Question: What are Prashastis? Why are they not always authentic?

Answer: Long poems in praise of kings are called prashasti. Since prashastis were normally written by court peots appointed by the kings, they may not always be factually accurate.

Question: What kinds of information can be drawn from paintings?

Answers: Paintings are an important source of information, especially for the medieval period of Indian history:

Question: Mention three foreign travellers to India in the medieval age and the places they came from.