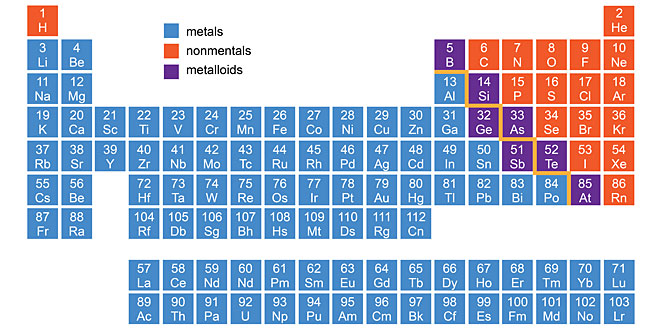 9th Class Science: Is Matter Around Us Pure

Question: Name one metal and one none-metal which exist as liquids at room temperature.

Question: Name a non-metal which is a good conductor of electricity.

Question: Name a liquid which can be classifieds a pure substance and conducts electricity.

Question: Name a solid, a liquid and a gaseous non-metal.

Question: Which allows metals to be hammered in then sheets?

Question: Which enable metals to be drawn into wires?

Question: What is meant by saying that metals are malleable and ductile?

Answer: This means that metals can be hammered into thin sheets as well as drawn into thin a hammer.

Question: What is mean by saying that metals are sonorous?

Answer: This means that metal produce a ringing sound when struck

Question: What is meant by saying that metals are lustrous?

Answer: This means that has a shining surface.

Answer: A substance which is made up of only one kind of particles is known as a pure substances. For Eg: Sugar and iron.

Question: State 3 reasons why you think air is a mixture and water is a compound.

Question: Compare the properties of metal and non-metal on the basis of malleability ductility and electrical conductivity.

Properties
Metals
Non-metals
Malleability
Metals are malleable, they can be beaten into this sheets
They are brittle and none-malleable.
Ductility
Metals are ductile, they can be drawn into thin wires.
They are neither malleable nor ductile.
Electrical conductivity
Metal are good conductors of electricity
None-metal are bad conductor of electricity (Except Graphite)
Pages: 1 2 3 4 5 6 7 8 9
Share