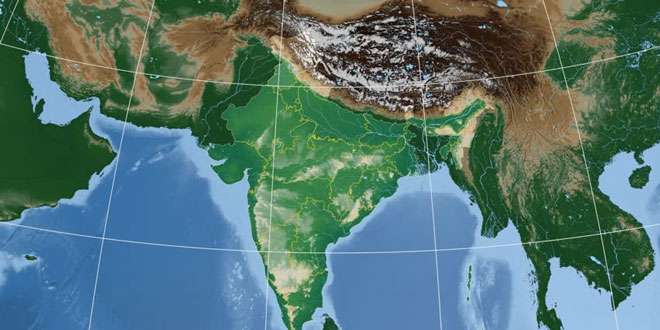 Question: In which Hemisphere does India lie?

Question: What is India’s rank in the Northern Hemisphere?

Answer: In terms or size, India is the seventh largest country of the world.

Answer: India has a land boundary of about 15,200 km and the total length of the coastline of the mainland including Andaman and Nicobar and Lakshadweep is 7,516.6 km.

Question: What  is the latitudinal and longitudinal extent of the mainland of India?

Question: What is the southernmost point of the Indian union called?

Answer: The southernmost point of the Indian union is called Indira Point.

Question: What is the Standard Meridian of India?

Answer: The Standard Meridian of India is 82°30’E

Question: The Suez canal was opened in 1869. How has it helped India?

Answer: Since the opening of the Suez canal, India’s distance from Europe has been reduced by 7,000 km.

Question: Name the group of islands lying in the Arabian Sea.

Question: Name the countries which are larger than India.

Answer: Russia, Canada, USA, China, Australia and Brazil are the countries that are larger than India.

Question: Which island group of India lies to its South-East?

Answer: Andaman and Nicobar Islands lie to the South-East of India.

Question: Which island countries are our Southern neighbours?

Answer: Sri Lanka and Maldives are the two island countries that are the Southern neighbours of India.