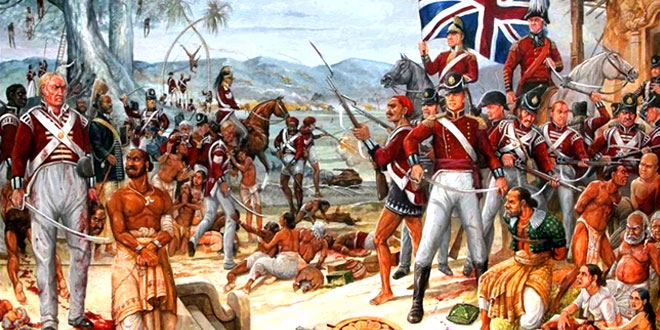 Question: Why was Calcutta Madrasa set up?

Answer: Calcutta Madrasa was set up to promote the study of Arabic, Persian and Islamic law.

Question: Why was the Hindu College established in Benaras?

Answer: The Hindu College was established in Benaras to encourage the study of ancient Sanskrit texts that would be useful for the administration of the country.

Question: What did Thomas Macaulay urge the British government in India?

Answer: Thomas Macaulay urged the British government in India to stop wasting public money in promoting Oriental learning for it was of no practical use.

Question: How were Oriental institutions like the Calcutta Madrasa and Benaras Sanskrit College viewed by the British?

Answer: These Oriental institutions were viewed as temples of darkness that were falling of themselves into decay.

Question: Name the places where the British established universities.

Question: Where were classes held under the system of pathshalas?

Answer: Classes were held under a banyan tree or in the comer of a village shop or temple or at the guru’s home.

Question: What type of education was given to the children in pathshalas?

Answer: Children were given oral education in pathshalas.

Question: Why were classes not held during harvest time?

Answer: It was because rural children had to work in the fields during harvest time.

Question: What task was assigned to the pandit by the Company?

Answer: The Company assigned the pandit to visit the pathshalas and try to improve the standard of teaching.

Question: What do you mean by Tagore’s abode of peace?

Answer: Tagore’s Shantmiketan was established in a rural setting, 100 kilometers away from Calcutta. As it was far from the din and bustle of the city it was an abode of peace.

Question: How did Tagore view his school namely Shantmiketan?

Answer: He viewed his school as an abode of peace where living in harmony with nature, children would cultivate their natural creativity.