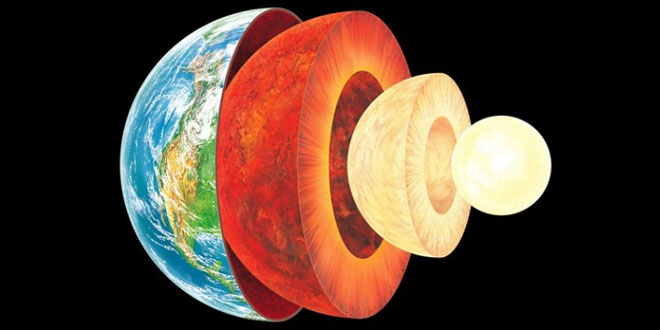 Question: Distinguish between rocks and minerals.

Rocks
Minerals
1. Rocks are aggregate of minerals.
1. Minerals are substances present in rocks.
2.They do not possess a definite chemical composition.
2. They have a definite chemical composition.
3. They include hard as well as soft and loose materials.
3. They are solid substances.
4. Granite, cool and marble are examples of rocks.
4. Iron, gold, silver and example of minerals.

Intrusive rocks
Extrusive rocks
1. The rocks that cool below the surface of the earth are called intrusive igneous rocks.
1. The rocks that cool on the surface of the earth are called extrusive igneous rocks.
2. The rate of cooling is slow inside the earth. Thus the crystals formed on cooing are large.
2. These rocks are also known as volcanic rocks. Due to rapid cooling the crystals are fine grained.
3. Examples are granite and dolerite.
3. Basalt is an example of such a rock. The Deccan plateau of India is made up of basalt rocks.

Question: Name the main types of rocks with three examples of each.

Answer: There are three types of rocks:

Question: How are metamorphic rocks formed?

Answer: The metamorphic rocks are actually igneous or sedimentary rocks which has been changed to excessive heat and pressure inside the earth. Excessive heat and pressure can change the original properties of rocks such as their colour, hardness, texture and mineral composition. Such changed rocks are called metamorphic rocks. The word metamorphic is derived from the Greek word meta-, which means “change” and morphe- means “form”. Some examples of metamorphic changes include the changing of clay into slate, Limestone into marble and coal into diamond.

Question: How are minerals and rocks useful.