Question: Write about the main effects of the ocean currents. Give examples wherever possible.

Answer: Ocean currents exercise great influence on the climate and economic activities of the coastal areas. Some of them are:

Question: Explain the working of hydrological cycle or water cycle with the help of a neatly labeled diagram.

Answer: The working is as follows: 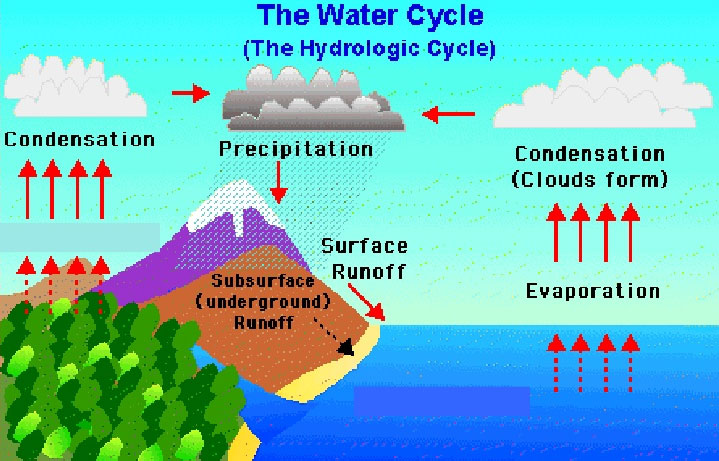 Question: Why is ocean water salty?

Answer: The ocean water is salty because it contains mineral salts. They enter the ocean through rivers, which pass over rocks and soil picking up salt along the way.