Question: Why did the king want no more talk about the Hilsa fish?

Answer: Everyone around the king was talking about Hilsa fish. This had infuriated the king so he didn’t want anyone to talk about the Hilsa fish.

Question: What did the king ask Gopal to do to prove that he was clever?

Answer: The king asked Gopal to buy a huge Hilsa fish from the market and to ensure that no one should talk to him about the fish on the entire way from the market to the palace.

Question: What three things did Gopal do before he went to buy his Hilsa fish?

Answer: Gopal half-shaved his face. Smeared ash on his body himself and wore rugs before going out to buy Hilsa fish.

Question: How did Gopal get inside the palace to see the king after he had bought the fish?

Answer: Gopal started singing and dancing in front of the palace at a loud voice. The king heard the noise and asked the man to be brought inside.

Question: Explain why no one seemed to be interested in talking about the Hilsa fish which Gopal had bought.

Answer: No one was interested about the Hilsa fish. Gopal had bought because of Gopal’s condition. He was wearing rugs, his face was half-shaven and ash was smeared over his body. People were more interested in his appearance than the fish.

Question: Write True or False against each of the following sentences.

Question: Notice how in a comic book, there are no speech marks when characters talk. Instead what they say is put in a speech ‘bubble’. However, if we wish to repeat or report what they say, we must put it into reported speech.

Change the following sentences in the story to reported speech. The first one has been done for you.

Question: Find out the meaning of the following words by looking them up in dictionary. Then use them in sentences of your own.

(A). Now ask your partner questions about each picture.

(B). Now write the story in your own words. Give it a title.

There was a stag, he lived in a jungle. One day he went to drink water in a pond. He saw his reflection in the pond. He felt proud of his beautiful antlers. Then he saw his legs, he was upset because they were thin and ugly. Suddenly, there were hunters behind him. The stag ran to save his life. He wanted to hide in the bushes, but couldn’t as his antlers were stuck in them. He found the hunters just behind him. He ran for his life and was finally saved.

At the end he realized that he was feeling proud of his antlers, but he would have been killed because of them. He felt ashamed of his legs, but was able to save his life ultimately because of them. The title is The Stag and his Beautiful Horns’.

Question: Complete the following word ladder with the help of the clues given below. 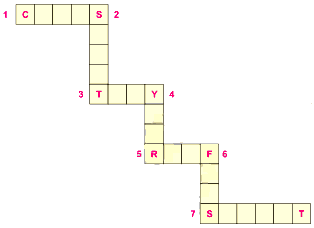 Question: How did the fishmongers lure the customers to buy Hilsa?

Answer: The fishmongers lured the customers by saying that the price had been down that day.

Question: Who was Gopal?

Answer: Gopal was a courtier in the king’s court known for his wisdom and presence of mind.

Question: What did Gopal’s wife think about him?

Answer: Gopal’s wife thought that her husband had gone mad.

Question: What were the remarks of two men on seeing Gopal in the market?

Answer: On seeing Gopal a man said that he must be a madman while the other called him a mystic.

Question: What was the king’s reaction when he came to know that he had lost the challenge?

Answer: The king was happy about it and congratulated Gopal for winning the challenge.

Question: What happened when the king hear his courtiers talking about Hilsa fish?

Answer: When the king heard his courtiers talking about Hilsa fish, he lost his temper and warned them that they were courtiers and not fishermen. But the king soon felt guilty, looking at his nervous and humble courtier when he had rebuked. His tone changed and he said that it was the season of Hilsa and nobody could be stopped from talking about it.

Question: Why did Gopal’s wife find his activities strange?

Answer: Gopal had half-shaven his face. Smeared ash over himself. Had put on rags and was looking disgraceful. She asked Gopal the reason for such weird acts. She stopped him from going out like that but Gopal told her that he was going to buy Hilsa fish. At last she concluded that Gopal had gone mad.

Question: Who was Gopal? What was the challenge given to him by the king? How he won it?

Answer: Gopal was one of the wise men in the king’s court. When the king was fed up with ongoing talks about Hilsa fish he challenged Gopal.
Gopal happily accepted the challenge of buying a huge Hilsa fish from the market and to ensure on the way from the market to the palace no one should talk to him about the fish.
He was an intelligent man. He dressed up like a mad man and his appearance caught everyone’s attention. He reached the court without anyone talking about the fish as every one was drawn towards his appearance.

Question: Why was Gopal barred entry to the palace? How did Gopal manage to get in? What was the king’s reaction to Gopal’s deed?

Answer: Gopal looked suspicious or rather mystic since he had dressed himself filthy. Moreover his beard was half-shaved and ash was smeared on it. Therefore the guards barred his entry to the palace. He started dancing and singing loudly so that the king might hear him and call him inside. The king ordered him to be taken inside but he could not recognize him.

When Gopal reminded him of his challenge and proved that he had fulfilled it the king was surprised and burst into laughter.

Directions (Q. Nos. 1-6) Read the extract given below and answer the following questions.

Listen to me! Please, you can’t possibly go out in those disgraceful rags! What are you upto? How many times I must tell you, woman? 1 am out to buy a huge Hilsa fish.

Question: ‘Listen to me! Please, you’ Name the speaker of these lines.

Answer: Gopal’s wife is speaking in these lines.

Question: Who is going to buy Hilsa fish?

Question: Why the man is dressed up like that?

Answer: Gopal dressed up like that to catch everyone’s attention so that people will talk about him and not about the Hilsa fish.

Question: What does the woman think about the man finally?

Question: Why does the man want to buy Hilsa fish?

Answer: (a) To win the challenge

Question: Find out one word from the above lines that means ‘shameful’.

Directions (Q. Nos. 1-6) Read the extract given below and answer the following questions.
Stop it!
Are you a courtier or a fisherman? I am sorry I lost my temper, it’s the season for Hilsa fish and no one

Question: Who is the speaker of the above lines?

Answer: The king is the speaker of the above lines.

Question: Why is he feeling sorry?

Answer: He is feeling sorry for being rude to his courtier.

Question: What is the speaker asking to be stopped?

Answer: He wants the talks about the Hilsa fish to be stopped for a while as everyone wanted to speak about ‘Hilsa fish’ only.

Question: What did the speaker want?

Question: What made the speaker upset?

Question: Find a word from the above lines is synonym of ‘anger’.