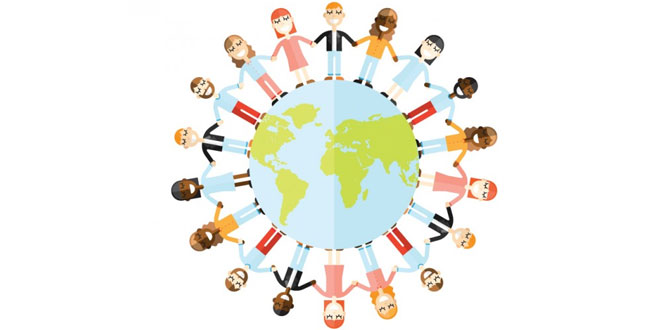 Question: Why is the war fought between 1914-18 called the First World War?

Question: Name the institution/organisation that was established in 1920. Did it succeed in its aim?

Answer: The League  of Nations, an organization formed in 1920 after the The First World War, Could not succeed in checking war in the long-run. It was renamed officially as the United Nations Organisation after the Second World War. These wars are called World Wars because of the involvement of many countries and their resources. Battles were fought in all parts of the world-on land, air, water and these wars affected the whole world.

The Second World War was fought between the Axis Powers (Italy, Germany, Japan) and the Allies (Britain, France, USA, USSR). The destruction caused by the Second World War once again compelled the world powers to form an organization to stop wars.

Answer: United Nation’ Flag : It has its own constitution and its own flag. What do you see in the flag of the UN? It has a world map surrounded by olive branches with with a light blue background. Olive branches symbolise PEACE.