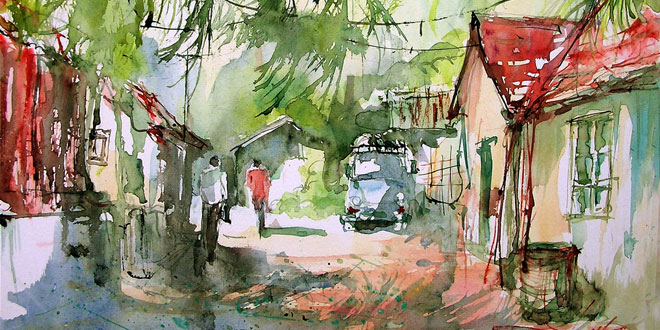 Question: What are the functions of the village patwari?

Answer: Another important aspect of village administration is the maintenance of land records.

Question: What is the significance of the Hindu Succession (Amendment) Act, 2005?

Answer: Earlier women could only work on farms. They did not have the right to own land. The Hindu Succession (Amendment) Act was passed in 2005. Under this Act, daughters in the Hindu community are given the same rights as sons in matters of inheritance. This was an important landmark in ensuring that women were treated equally in relation to men in inheritance. The law is applicable to all the states and Union Territories of India.

Question: What is the job of the police after a matter is reported at the police station?

Answer: As we know that each Police Station has Station House Officer. Under Station House Officer these are Inspector or Sub-Inspector, Head Constables and Constables. These Constable would carryout an inquiry into the incident. This Constable will inquire through the Chowkidar who reports all maintains order in the village. Afterwards he may contact a patwari who is responsible for maintaining a record of the ownership of land and tilling.