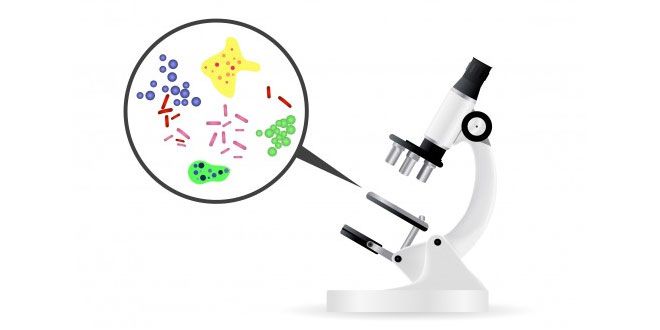 Question: What is a microorganism?

Answer: Organisms that are so small that they can only be seen through a microscope, are called microorganisms or microbes.

Question: Name the five groups into which microorganisms are divided. Which of these have only unicellular organisms?

Answer:  There are five major groups of microorganisms. These are as follows:

Question: What kinds of living organisms are classified under algae? Give two examples.

Answer: Algae refers to simple plant – like organisms that have cell walls and chlorophyll within the cells. They make their own food by photosynthesis. They have no roots, stems or leaves. Almost all algae live in water – in ponds, lakes and seawater. Some algae are found in snow and some in hot springs. They also grow in moist soil, barks of trees and rock surfaces. Algae can be unicellular and multicellular. Different type of algae are: Spirogyra, Chlamydomonas, Fucus, Laminaria

Question: Under what circumstances can virus reproduce?

Answer: Viruses cannot reproduce by themselves, respond to changes or use energy or grow. This seems to indicate that viruses are not living organisms. However, when a virus enters the living cell of an organism, say a human, it is able to reproduce. It uses the energy of the host cells for this purpose. After the formation of thousands of viruses, the host cell often dies. It bursts and new viruses spread and invade other cells. As a large number of host cells die, the person falls ill.

Question: Give one important use of algae.

Answer: Since algae can photosynthesize, they give off oxygen. It is thought that most of the oxygen that we have on earth was initially produced by algae in the oceans.

Question: How does cooling help in food preservation?

Answer: Cooling food stops microbes from growing and reproducing, and hence preserves food. However, once the food is taken out of the freezer and warmed, microbes start growing again.

Question: What is pasteurization?

Answer: Pasteurization of milk consists of heating it to a high temperature of 70°C for about half a minute and then cooling it quickly. This kills most of the bacteria without affecting the flavour. This method was invented by Louis Pasteur.