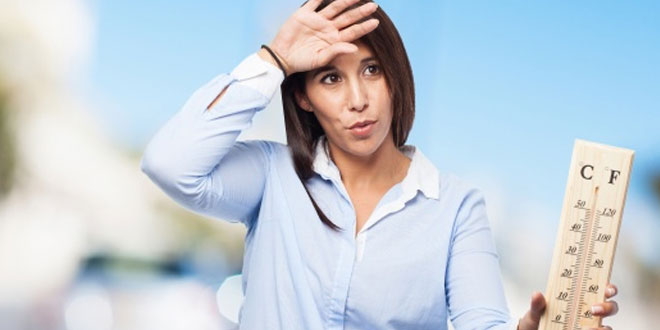 Question: What is heat?

Answer: Heat is a form of energy, entry or exit of which correspondingly increases or decreases internal energy of a body when no work is done on the body or by the body.

Question: What is temperature?

Answer: The degree of hotness and coldness of a body is called temperature of body. Thermometer is an instrument used to measure temperature. It is work on principle of expansion in liquid on heating. It is measured in Celsius and Fahrenheit scale but for scientific work Kelvin scale is used.

Question: What is clinical thermometer?

Question: What is conduction?

Answer: The process by which heat is transferred from the hotter end to the colder end of an object is known as conduction.

Question: Why conduction is only possible in solids?

Question: What are conductors and insulators?

Answer: Conductors: The materials which allow heat to pass through them easily are conductors of heat. For examples, aluminum, iron and copper.

Insulators:The materials which do not allow heat to pass through them easily are poor conductors of heat known as insulators such as plastic and wood.

Question: What is convection?

Answer: The phenomenon due to which particles of a medium actually move to the source of heat energy and then move away from it after absorbing heat energy is called convection.

Question: Why is convection not possible in solids?

Answer:  The molecules of solid are held strongly due to intermolecular force. As these molecules cannot travel to the source of heat energy, convection is not possible in case of solids.

Answer: The water is  poor conductors of heat so do not heated by conduction. When water is heated, the water became lighter. Hot water rises up. The cold water from the sides moves down towards the source of heat. This water also gets hot and rises and water from the sides moves down. This process continues till the whole water gets heated. This mode of heat transfer is known as convection.