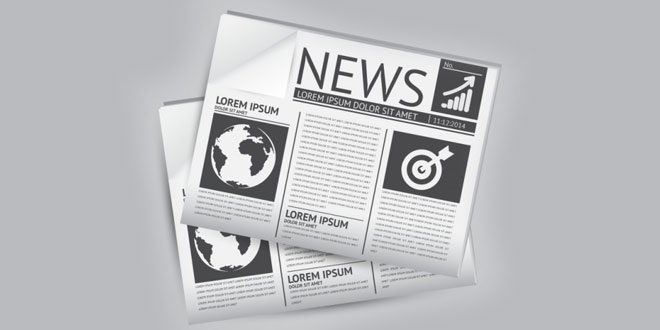 The earliest print technology was developed in China, Japan and Korea. From 594 AD onwards, books were printed in China by rubbing paper against the inked surface of woodblocks. The traditional Chinese ‘Accordion Book’ was folded and stitched at the side because both sides of the thin, porous sheet could not be printed. For a very long time, the imperial state of China was the major producer of printed material. The Chinese bureaucratic system recruited its personnel through civil services examinations. The imperial state sponsored the large scale printing of textbooks for this examination. The number of candidates for the examinations increased from the sixteenth century, and this increased the volume of print. By the seventeenth century, the use of print diversified in China because of a blooming urban culture. Print was no longer limited to scholar-officials. Merchants used print in day-to-day life because they collected trade related information. Fictional narratives, poetry, autobiographies, anthologies of literary masterpieces and romantic play became the staple for the reading public. Reading acquired the status of a preferred leisure activity. Rich women began to read and many of them began publishing their poetry and plays.

The Buddhist missionaries from China introduced hand-printing technology into Japan around 768 – 770 AD. The Buddhist Diamond Sutra which was printed in 868 AD was the oldest Japanese book. Libraries and bookstores were packed with hand-printed materials of various types. These included books on women, musical instruments, calculations, tea ceremony, flower arrangements, proper etiquette, cooking and famous places.

Marco Polo was a great explorer from Italy. He returned from China in 1295 and brought the knowledge of woodblock printing along with him. Thus, printing began in Italy and travelled to other parts of Europe. Vellum was still the preferred material for printing the luxury editions because printed books were considered as cheap vulgarities. Vellum is a parchment made from the skin of animals. By the early fifteenth century, woodblocks were widely used in Europe to print various materials. It almost replaced the books made by calligraphy.

Gutenberg and the Printing Press

Gutenberg was the son of a merchant. Since his childhood he had seen wine and olive presses. He also learnt the art of polishing stones, and became a master goldsmith and also became an expert in creating lead moulds. Such moulds were used for making trinkets.

Gutenberg used his knowledge to bring innovation to the print technology. He used the olive press as the model for the printing press and used the moulds for casting the metal types for the letters. Gutenberg perfected the system by 1448. The first book printed by him was the Bible.

Initially, the printed books resembled the written manuscripts in appearance and layout. In the hundred years between 1450 and 1550, printing presses were set up in most parts of Europe. The growth of the print industry was so good that about 20 million books appeared in the European markets in the second half of the fifteenth century. In the sixteenth century, this number went up to about 200 million copies.

The Print Revolution and Its Impact

With the print technology, a new reading public emerged. Books became cheaper because of printing. Numerous copies could now be produced with much ease. This helped in catering to an ever growing readership.

Access to books increased for the public. This helped in creating a new culture of reading. Literacy level was very low till the twentieth century in Europe. Printers kept in mind the wider reach of the printed work. Popular ballads and folk tales were published which could be listened by even the illiterates. Literate people read out stories and ballads to those who could not read.

Religious Debates and Fear of Print

Print created an opportunity of a new debate and discussion. People began questioning some established notions of religion. For the orthodox people, it was like a challenge as they feared the disturbance in old order. In fact, the Protestant Revolution in Christianity began because of print culture. The Roman Church felt troubled by new ideas which raised questions about the existing norms of faith. It even started to maintain an Index of Prohibited Books from 1558.

The literacy levels improved through the seventeenth and eighteenth centuries in Europe. By the end of the eighteenth century, literacy rates were as high as 60 to 80 percent in some parts of Europe. The growth in literacy level created a reading mania among people. Booksellers employed peddlers who roamed around villages to sell books. Periodicals, novels, almanac, etc. formed the staple for the reading mania.

Ideas of scientists and philosophers became more accessible to the common people. New ideas could be debated and shared with a wider target audience.

Print Culture and the French Revolution

Many historians are of the view that print culture created the conditions which led to French Revolution. Some of such conditions are as follows:

There was vast leap in mass literacy in Europe in the 19th century. This brought a large numbers of new readers among children, women and workers. Many books were written and printed keeping in mind the sense and sensibilities of children. Many folk tales were rephrased to suit the children. Many women became important as readers as well as writers. The lending libraries which had been in existence from the seventeenth century became the hub of activity for white-collar workers, artisans and lower middle class people.

Richard M. Hoe of New York perfected the power-driven cylindrical press by the mid-nineteenth century. This could print 8,000 sheets per hour. Offset press was developed in the late nineteenth century. This could print up to six colors at a time. Electrically operated presses came in use from the turn of the twentieth century. This helped in accelerating the printing process. Many other innovations took place during this period. All the innovations had a cumulative effect which improved the appearance of printed texts.