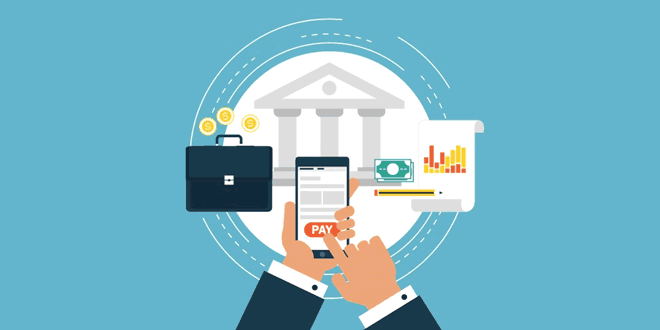 Barter System: The barter system was used before the advent of money. People used to exchange one thing for another in this system.

Money is a means by which we can get something in exchange. Initially, coins came into use. The coins were initially made of precious metals; like gold and silver. When the precious metals became too precious, ordinary metals were being used for making coins. Paper money or currency notes gradually took place of coins; although coins of smaller denominations are still in use.

The currency notes and coins are issued by the government of an authorized body. In India, the RBI (Reserve Bank of India) issues currency notes. On the Indian currency note, you can find a statement which promises to pay the bearer the amount which is mentioned on the currency note.

Other Forms of Money

Deposits with Banks: Most of the people need only some currency for their daily needs. Rest of the amount is usually kept as deposit in banks. Money which is kept in a bank is safe and it even earns an interest. One can withdraw money from his account as and when required. Since deposit in the bank account can be withdrawn on demand, these deposits are called demand deposits.

One can use a cheque; instead of cash to settle payments. Moreover, one can also buy a demand draft from a bank to make payments.

Credit: Banks keep a small proportion of their deposits as cash with themselves. This is usually 15% of their deposits as cash. This amount is kept as provision to pay the depositors who may come to withdraw the money on any day. This amount is enough because only a small fraction of people come to withdraw money on a given day. The rest of the amount is used by the banks to give money on credit to people who need the credit. A bank charges interest on the loan which it gives to its creditors. The interest rate charged by a bank no loans is higher than the interest rate given by it on deposits. Thus, interest is the main source of income for banks.

Credit / Debit Cards: Now-a-days, credit/debit cards are in vogue. A debit card allows you to make payments from the amount which is lying in your bank account. A credit card, on the other hand, provides money on credit. Payment through credit/debit card is done electronically and this removes the need of carrying cash.

Every loan agreement specifies terms and conditions; regarding the rate of interest and term of payment. In most of the cases, the banks fix an EMI (Equated Monthly Installment) for repayment of loan.

Collateral: An asset which is owned by the borrower and is used as a guarantee to a lender until the loan is repaid is called the collateral. Land, house, vehicle, livestock, deposits with banks, insurance policy, gold, etc. are examples of assets. If the borrower fails to repay the loan, the lender reserves the right to sell the collateral to obtain payment.

Informal Sector: The informal sector consists of money lenders and friends and relatives, merchants and landlords.

The following diagram shows share of different sources of credit in rural households in India in 2003.

While the formal sector is bound by the rules and regulations of the RBI and charge the prevalent rate of interest as per RBI guidelines; the informal lenders are not bound by such rules. The informal lenders usually charge a very high rate of interest. A higher cost of borrowing is often detrimental to the borrower. It usually results in a debt trap for the borrower. The borrower is seldom able to escape the never ending cycle of loan repayment.

Many people are too poor to qualify the requirements of credit-worthiness of banks and cooperatives. There are many others who may not have enough documents; like residential certificate or income certificate. Such people are usually at the mercy of informal lenders.

Self Help Groups (SHGs) are recent phenomena. An SHG is comprised of small number of people; like 15 – 20 members. The members pool their savings. The collection is then utilized to lend small amounts of money which may be required by any of the members. The group charges interest on the loan. The arrangement of loans through Self Help Groups is also known as micro-finance because the small amount of loan is involved.

It was the Grameen Bank of Bangladesh which began experimenting with micro-finance. The founder of Grameen Bank, Mohammad Yunus was conferred with Nobel Prize in 2006 for his efforts at improving the lot of the poor.

SHGs have helped immensely in reducing the influence of informal lenders in rural areas. Many big corporate houses are also promoting SHGs at many places in India.