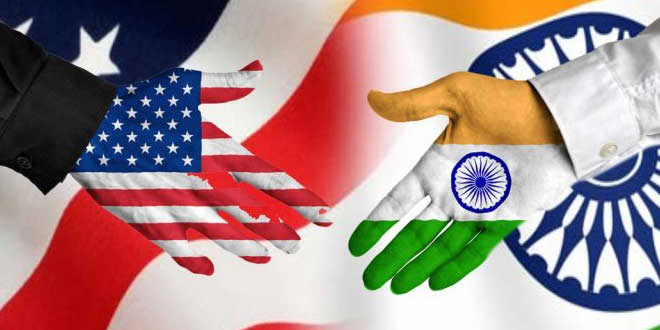 The way in which the world economy is integrated in the modern world is globalization. Take example of Microsoft. Microsoft is having its headquarters in USA. This company is getting part of its software developed in India and several other countries. And Microsoft’s software is being used across the world. Another example can be Ford motors based in USA. Ford is having manufacturing plants in Chennai and cars manufactured in Chennai go for sale in other countries. Moreover, company may be getting gear boxes produced in some other country, seat belts from a different country, lights, rear view mirrors in some other nation by some other company. Almost all the components get supplied by various vendors to the Ford motor, which assembles them to make the car.

All these activities help in generating employment opportunities across the world. This in turn affects the world economy. You can think of various activities in the step of final production of a product or a service which take place around the world at different locations. This results in interdependence of national economies around the world.

Since early history global trade has been connecting mankind in myriad ways. Silk route of early history helped in connecting Asia from the rest of the world. This trade route not only facilitated movement of goods but also movement of people and ideas. If zero traveled from India to rest of the world then western clothes came to India. Nowadays the way we relish eating pizza or noodles, people abroad are big fans of the Indian curry and chicken tikka.

Early phase of globalization involved export of raw material from Asia and import of finished products from Europe. But from mid twentieth century things began to change.

During mid to late twentieth century certain company’s became multinationals as they spread their economic activities to various parts of the world.

Need of Cost Cutting: Suppose a company is having two options to get a particular work done. The first option is to get it done in the home country but cost involved will be higher. Next option is to get it done in a different country at a lesser cost. Obviously any company will prefer the second option. Labour cost and cost of certain raw materials are cheaper in India, Malaysia, China and Taiwan. This results in reduced cost of production, which will result in better profit for the company. So you get a computer with certain parts manufactured in Taiwan or Malaysia, processor manufactured in India and software supplied from USA. The final product may get assembled in the market where it will be ultimately used.

Need to find newer markets: If home market’s consumer base has purchased a product and needs no more of it or little bit of it, then the company has to plan to increase the business. This can be done by finding newer markets with new consumer base. Especially in today’s scenario when India and China constitute about one fourth of the world population, any company which wants to get more business can’t ignore these two markets. Try comparing it with your city or village. If vegetables produced in a village can only be sold in that village then it may not find many customers, resulting in low price and may be wastage of vegetables. To get a better price from large customer base the village vegetable grower needs to move to cities.

Earlier countries imposed heavy import duties to restrict goods from outside and to promote local industries. These were part of deliberate trade barriers. But WTO (World Trade Organisation) convinced all member nations to reduce trade barriers. WTO believes in unrestricted economic opportunity across the world. In India after 1991, liberalization policies were being followed resulting in MNCs setting up shops in India. The result is for everybody to see. Earlier car meant an Ambassador or a Fiat and two-wheeler meant a Bajaj Scooter or Rajdoot Motorcycle. Now people have various options for car and two wheeler.

Better Employment Opportunities: At present India is the leader in BPO sector. BPOs provide backoffice support to many MNCs. A customer calling in USA to sort out his problem may be talking to a call center employee in Gurgaon. Because of growing economic activities many new centers of economic activity have developed in India. These are Gurgaon, Chandigarh, Bangalore, Hyderabad and Meerut. Earlier Mumbai, Chennai, Kolkata and Delhi used to be major economic centers.

Change in Lifestyle: Eating habits have changed dramatically. Now you may be eating Kellog’s corn flakes for breakfast and Aloo Tikki Burger for lunch. You may be wearing a Levi’s jeans and if you are having a BPO employee as neighbor then you may have listened his accented English.

Uneven Benefits of Development: For every MNC executive there is a larger number of rickshaw puller and daily wage earner. There are still millions who are unable to get two square meals in a day. We still hear news of farmers committing suicide in Maharashtra and Karnataka.

Unfair Means Adopted by Developed Countries: Developed countries still give huge subsidies to their farmers and impose heavy trade barriers. In the bargain developed nations don’t get the desired benefit out of WTO negotiations.

Globalization is a reality which is here to stay. Globalization has given more benefits than problems. The economists and policy makers of the world need to fine tune their strategy so that benefits of globalization can reach the masses. The ultimate success of globalization can only be realized when it helps achieve all the parameters of development. These parameters or goals of development are not only about monetary income, but also about better healthcare, education, security and overall quality of life for all.