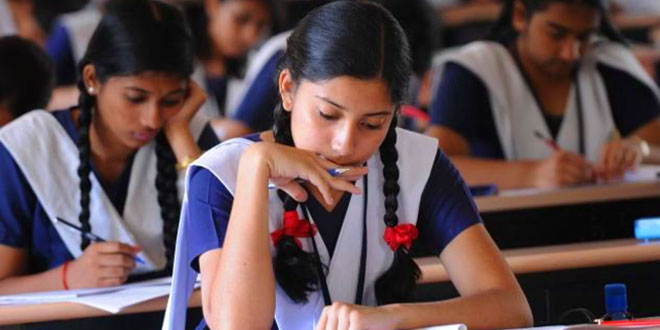 NEW DELHI: Central Board of Secondary Education (CBSE)’s rescheduled examinations for classes X and XII will be held at the school of the candidates and not at the earlier allotted examination centre. From Wednesday, students who wish to change their examination centre, can make a request for it.

Issuing a notification on Tuesday, the Board said: “Because of the prevailing conditions in the country, special efforts are required in conducting the examination in a safe manner. As a number of students have shifted from the district of their school to other places, CBSE has decided that examination would now be conducted in respective schools of the candidates instead of the centre already allotted.”

Regular students who were residing in hostels, students sponsored by state governments and those who have shifted from the district of their school to some other cities within the country, will be eligible for the change. The change has to be made to the respective schools and not to CBSE by June 9.

Between June 16 and June 18, students would be informed about their changed examination centre. Students would have to carry the permission letter along with their old admit card and school identity card while appearing for the exams.

However, as Delhi is being considered as one district, the board would not allow a change of centre here. No examination centre will be allowed in containment zones as well. “In case a child with special needs, availing the facility of a scribe, does not wish to appear for the forthcoming examination, their results would be declared as per the assessment scheme decided by the Board,” a circular issued by CBSE stated.