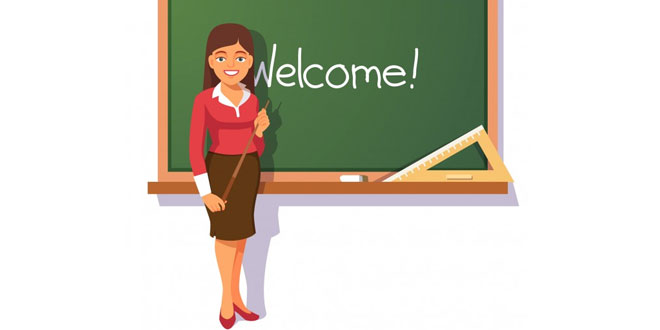 (1) It was evening in the picturesque seaside town of Rameshwaram, on the southern edge of Tamil Nadu. A cool breeze was gently blowing inn from the sea. Along with the sound of waves lapping against the shore could be heard the sweet sound of birds circling overhead.

(2) Among the children playing on the beach was a boy with wavy hair and dreamy eyes. This youngster was Avul Pakir Jainulabdeen Abdul Kalam who later became the eleventh President of India. While spending time his friends, Abdul was attracted by the sound of the birds flying above. He carefully observed that a fledgling perched on a boat was trying to take off. It spread its wings, fluttered briefly and sprang up. The air seemed to give the needed thrust for its take off! The bird soared up into the sky. It steered its pace and course with great ease. How Abdul wished he could fly like those beauties in the air!

(3) This passion for flying, aroused by the beautiful birds, later inspired Abdul Kalam to design India’s first rocket which successfully sent a satellite Rohini, into orbit on 18th July 1980. It was called the SLV-3 (Satellite Launch Vehicle). At the time when Abdul was Growing up, no one had even dreamt of such a happening.

(4) Rameshwaram, where Abdul was born on 15th October 1931, was a small town with narrow streets lined with old houses made of limestone and brick. The town was famous for its Shiva Temple. Abdul stayed in the house with his father, mother, brothers and sister and led a secure and happy childhood. Abdul’s father, Jainulabdeen was a pious man. He led an austere life without depriving his family of the basic comforts. He had always inspired Abdul to lead a life that should be filled with humanity and love for others. In this closely knit family, dinner was always a special meal. During dinner, was always a special meal. During dinner, they exchanged views on a variety of topics ranging from family matters to spiritual subjects. The main income for Abdul’s family came from the pilgrims visiting Rameshwaram who made it a point to visit Dhanushkodi, twenty kilometers away from the sea. Dhanushkodi has quite a religious significance.

(5) Ferrying pilgrims fetched good money and the family lived comfortably. However, a devastating cyclone lashed the shores of Rameshwaram and their boat was destroyed. The family lost their only source of livelihood in one swift, a tragic stroke. The enterprising young Abdul wanted to help the family through the crisis. He realised that there was demand for tamarind seeds. He decided he would collect them and sell them to a shop near his house. His family wanted him to concentrate on his studies. He said he would study as well as help his family. Reluctantly, everyone agreed. Even while studying or enjoying the evenings with his friends on the beach, he set aside some time to collect tamarind seeds and sell them to a nearby shop. For this, he was paid a princely sum of one anna!

(6) Besides selling tamarind seeds, he cousin Samsuddin to sell the popular Tamil newspaper Dinamani to earn a little more money. At dawn, several bundles of the newspaper, printed in Madras (now Chennai), were thrown on to the platform of Rameshwaram railway station from passing trains. Trains did not stop at Rameshwaram statiion during those days of the Second World War as almost all of them were commandeered to transport troops. Abdul, after picking up the bundles marked for his area, rushed and handed them over to Samsuddin, Who gave Abdul a small amount for the service he had rendered. There was a great demand for Dinamani because people wanted to know about India’s freedom struggle and the latest developments in the war.

(7) This is how Abdul earned his first wages. However. It was the joy of being able to care for his family that Abdul cherished most. Even decades later, he recalls earning his own money for the first time, with immense pleasure and a sense of pride.

Question: 1. A. On the basis of four reading of the above passage, answer the following questions briefly: [8 mark]

Question: 1. B. Complete the following sentences as briefly as possible: [4]

(1) New Delhi: Atithi Devo Bhavah. To make visitors to the city feels welcome during the Commonwealth Games, India Tourism Development Corporation (ITDC) is set to train taxi and auto drivers, CISF personnel posted at monuments, dhaba owners, hotel staff etc. Participants will be taught English as well as courtesy and ways to communicate with tourists. At present, there is a shortage of trained guides in the city and with Commonwealth Games drawing to a close, the issue has to be addressed promptly.

(2) With hundreds of historical sites to visit and each monuments boasting its own unique history, foreign nationals are often left to fend for themselves and depend on tourist books and brochures for information. Language is another problem problem. Quite a contrast to facilities of offered in tourist sites in western countries, where trained guides-proficient in several languages are easily available to aid visitors apart from group-guided trips at regular intervals. Although the Archeological Survey of India (ASI) plants to introduce audio guide services in five languages at some world heritage sites our experts point that not a single monument or tourist place in the city has an interpretation centre where tourist can come end get all information pertaining to a particular site. ASI is also in the process of bringing out more more brochures and guides for foreign visitors in the city. Experts say such facilities are crucial if the government wants to promote Delhi as a ‘heritage city’. Various agencies like INTACH are also involved in the plants.

(3) Under ITDS’s plans, etiquette training for the Games will also be provided to residents who offer rooms to foreigners under Delhi government’s bed and breakfast scheme. “House-owners will be given hospitality related training and a brief of Indian tourism scenario. Most visitors generally question their hosts on information about the city so they will be provided information on the golden triangle Delhi, Agra and Jaipur as well as where tourists should go visiting in Delhi,” said an official.

Question: 2. A. On the basis of your reading of the above passage, answer the following questions briefly: [5]

Question: 2. B. Find the word or group of words from the passage which mean the same as follows: [2]

Question: 3. You are Ruchi. Once you got a chance to visit a remote village of Rajasthan. You noticed that the girls in the village did not go to school. You were quite touched to see their condition in today’s time when a lot of stress is being laid on empowering women. Write an article in 150-200 words on – ‘The Need to Educate Girl Child.” [8]

Question: 4. Complete the story in 200 words using the following hints:

The night before my 13th birthday, everyone was fast asleep, while I was practicing for my performance the next day at The Al-Fresco. Suddenly, I heard someone knocking at the window. I went there to see and spotted a letter that read, “Beware! They are coming” ……………. [10]

Question: 5. The following passage has not been edited. There is an error in each of the lines. Write the incorrect word and the correct word in your answer sheet against the correct blank number. Do not copy the passage. [3]

Incorrect                 Correct
People have started being lazy now-a-days.
They just don’t want too leave their couch.

Rahul: Do you know that Ranjit met with an accident and is in hospital?
Sukrit: Oh! I don’t. Is badly hurt? Which hospital is he in?
Rahul: The doctors say that there is nothing to worry. He is admitted to The Beach Hospital.
Sukrit: We should visit him once if there is a sea nearby.

Question: 9. Read the extract given below and answer he questions that follow: [4]

“The words are muffled now, the laughing
Faces only a blur. The years have
Sped along, stopping briefly
At beloved halts and moving
Sadly on. My mind has found
An adult peace. No need to remember
That picnic day when I lay hidden
By a hedge, watching the steel-white sun
Standing lonely in the sky”.

Ambition is a pre-requisite for attaining one’s goals, but over ambition can lead to one’s doom’. Throw light upon this statement in context of the play ‘Macbeth’.

Question: 12. On the basis of your reading of the Supplementary Reader- ‘The Adventures of Huckleberry Finn’, answer the following questions in 150 words: