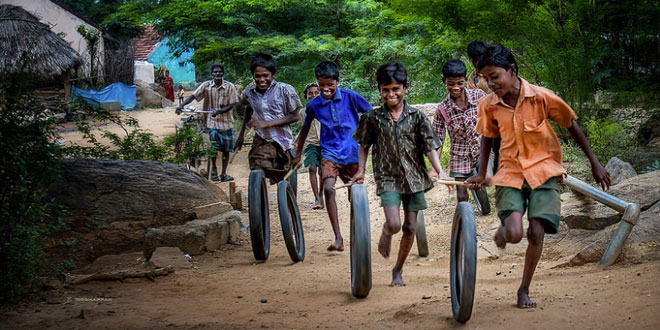 Question: What are the possible reasons behind the uneven distribution of population around the world?

Answer: The reasons behind uneven population distribution are mainly the varied conditions of land and climate.

Question: Give three common forms of land use.

Answer: The thin layer of grainy substance covering the surface of the earth is called soil.

Question: What is required to make soil fertile?

Answer: The right mix of minerals and organic matter is needed to make soil fertile.

Question: What is parent rock?

Answer: The rock from which soil is derived is called parent rock.

Question: What are the factors threatening soil as a resource?

Answer: Two factors that threaten soil as a resource are soil erosion and its depletion.

Question: What method of soil conservation may be used in coastal and dry reqions?

Answer: Shelter belts are used to protect the soil in coastal and dry regions.

Question: Why is the earth called the “water planet”?

Answer: The earth’s surface has about three- fourths water, so it is called “water planet”.

Question: In what forms is fresh water found on the earth?

Answer: Fresh water is found in the forms of groundwater, water in rivers and lakes and as water vapour.

Question: What is the name given to the process involved in rain formation?

Answer: The process involved in the formation of rain is called “water cycle”.

Question: Name some regions of water scarcity in the world.

Question: Name a method to save surface run-off.

Answer: Water harvesting is a method to save surface run-off.

Question: How is water an important resource?

Answer: Water is an indispensable resource of life. Firstly water serves the most basic purpose of drinking, without which life is impossible. It is helpful in cleaning our bodies, clothes and utensils. Farmers depend on water for irrigation. Water is also used in cooking food. Water is a source of electricity as well. Plants require water for their growth. Water is required for various industrial purposes in factories.