Question: Do you think water in Chennai is available and affordable by all? Discuss.

Answer: Water is not equally available to all citizens in Chennai. Certain areas like Anna Nagar get copious water while areas like Saidapet receive very little water.

Municipal supply meets only about half the needs of the people of the city, on an average. Areas that are close to the storage points get more water whereas colonies further away receive less water. The burden of shortfalls in water supply falls mostly on the poor.

The middle class, when faced with water shortages, are able to cope through a variety of private means such as digging bore wells, buying water from tankers and using bottled water for drinking. The wealthy have safe drinking water, whereas the poor are again left out. In reality, universal access to ‘sufficient and safe’ water, in Chennai, is still a dream.

Question: How is the sale of water by farmers to water dealers in Chennai affecting the local people? Do you think local people can object to such exploitation of ground water? Can the government do anything in this regard?

Answer: Many private companies are providing water to cities due to shortage of water supply by the government organization. These companies buy water from places around the city.

In Chennai, water is taken from nearby towns like Mamandur, Palur, Karungizhi and from villages to the north of the city using a fleet of over 13,000 water tankers. Every month the water dealers pay farmers an advance for the rights to exploit water sources on their land. The water that is taken away from the farms is creating a deficit for irrigation and for drinking water for the villagers. There is also a drastic drop in ground water levels in these areas.

The local people have a right to object to this exploitation and the government has the power to stop this.

Question 8: Data on some of the public facilities are collected as part of the Census. Discuss with your teacher when and how the Census is conducted.

Answer: Census is conducted by the government. The whole operation takes place in two stages. The first stage involved ‘House Listing’. The second stage involved enumeration of data. Thousands of paid volunteers are employed on contract basis for this task. The volunteers go from door to door to collect data. The data is finally tabulated and calculated to give the final report. 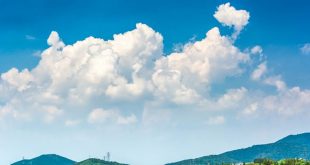