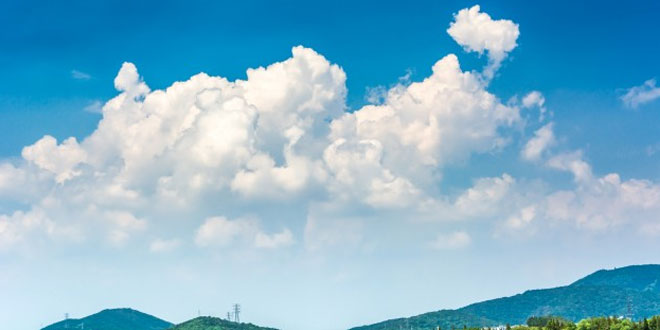 Question: How are winds affected by the rotation of the Earth?

Answer: Winds are affected by the rotation of the Earth. Instead of blowing straight from an area of high pressure to an area of low pressure, the winds are deflected or turned aside by the force of rotation, which is called the Coriolis force. This deflection is explained by Ferrel’s Law. Which states that freely moving bodies on the surface of the Earth are deflected to the right in the Northern Hemisphere and to the left in the Southern Hemisphere.

Question: What is wind? Mention its different types.

Answer: Wind is the movement of air from high pressure area to low pressure areas. There are different types of winds. They can basically be divided into:

Periodic Winds: Periodic winds, or seasonal winds, are those that blow without fail at a certain time of the year or day. But they do not blow permanently like the planetary winds. Seasonal winds change their direction suddenly or deflect from their original path because of seasonal variations in temperature or pressure. Periodic winds are mainly caused by unequal heating and cooling of the Earth’s surface, and due to surface variations in atmospheric pressure. The monsoon winds and land and sea breezes are example of periodic winds.

Local Winds: Local winds are unique to certain well-defined areas. They blow over a small area from a small area from a particular period. They affect only the local weather conditions of that place. They are known by different names in different parts of the world. For example: Loo, Harmattan, Foehn, Chinook.

Question: What are monsoon winds? Describe the south-west monsoon of the Indian subcontinent.

Answer: The monsoon are winds that blow in the tropics. They are rain-bearing winds that are of vital importance to the areas over which they blow. The monsoons are caused by the differential heating of the land and sea. They are especially well developed over the Indian subcontinent. In the summer months, the interior parts of Asian landmass get heated intensely, leading to the development of a strong pocket of low pressure here. The Indian Ocean, which surrounds the Indian peninsula, however, remains cooler, because of which conditions of high pressure prevail here.

The low pressure trough over the Asian landmass pulls the south-east trade winds cross the equator, they are subjected to the Coriolis force and are deflected to the right. They now approach the Indian Subcontinent from the south-west and are therefore known as the south-west monsoons. The south-west monsoon winds pick up copious amount of moisture as they blow over the Indian Ocean. When these rain bearing monsoon winds reach the Indian subcontinent, they bring heavy rainfall to most parts of the country and to several parts of South-East Asia and Southern China.

Answer: Land and sea breeze blow along coastal areas. Along the coast, during daytime, the land gets heated up faster than the sea. As a result, high pressure prevails over the sea and low pressure over the land. Therefore, the wind blows from the sea to the land. This is called the sea breeze.

In the night the land cools down faster than the sea. The area of high pressure shifts to over the land. Since the sea takes a long time to cool down and is therefore still relatively warm, low pressure prevails over the water body. Therefore the wind blows from land to sea. This is known as the land breeze.

Question: Explain how the pressure belts are related to permanent winds.