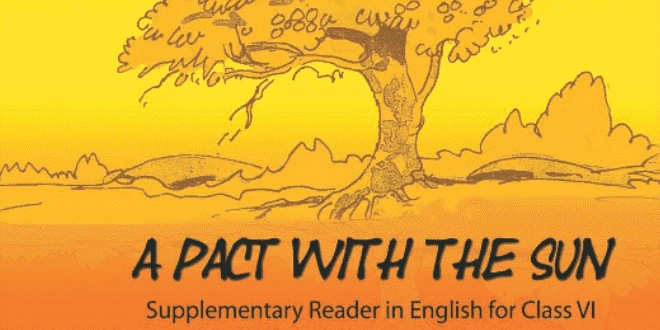 A Tale of Two Birds: 6th A Pact With The Sun English Ch 01

A Tale of Two Birds: NCERT 6th CBSE A Pact With The Sun English Chapter 01

Question: How did the two baby-birds get separated?

Answer: The two baby birds lived in a tall tree with their mother. One day a big storm blew. The tree came down. The mother bird was killed. The strong wind blew the two chicks away to the other side of the forest at a little distance from each other. Thus they got separated from each other.

Question: Where did each of them find a home?

Answer: One of the young birds came down near a cave. A gang of robbers lived there. The other bird landed outside the ashram of a rishi at a little distance.

Question: What did the first bird say to the stranger?

Answer: The first bird saw the stranger (the King). He called the robbers to hurry up and rob the man of his jewels and his horse. Indirectly he asked the stranger to leave the place at once.

Question: What did the second bird say to him?

Answer: The second bird welcomed the king to the ashram. He requested the stranger to drink water, take rest and make himself comfortable. He added that his brother lived in the company of robbers, so he talked like them.

Question: How did the rishi explain the different ways in which the two birds behaved?

Ans: The king told the rishi about the different behaviour of the two birds. The rishi explained that the first bird repeated the words of the robbers. The second bird repeated what he had always heard at the ashram. Their different ways were the results of their company.

Question: Which one of the following sums up the story best?

Question: How did different company affect the character and behaviour of the two birds?

Answer: The two birds were brothers. But they got separated when a storm blew. One came down near a cave where robbers lived. The other landed outside a rishis ashram. The former learnt the language of the robbers. The latter learnt to welcome the strangers sweetly. Thus, their company shaped their behaviour.

Question: What amazed the king as he stood near the cave?

Answer: The king heard a big brown bird on the tree, calling out to the robbers to come and loot the stranger.

A Tale of Two Birds – Question: How did the other bird greet the king?

A Tale of Two Birds – Question: Narrate the tale of two birds in your own words.

A Tale of Two Birds – Answer: Once there lived a mother bird in a forest. She had two new-born chicks. One day a storm came with thunder and lightning. The mother bird was killed. But the baby birds were blown away to the other end of the forest. One lived in the company of robbers. The other stayed with a rishi. One day a king heard them speak. The one asked the robbers to loot and kill the king. The other noble bird welcomed him sweetly in the ashram. They behaved differently because of the company they kept.

A Tale of Two Birds – Question: How did the king reach the rishi’s ashram? Why did the two birds behave with the king differently?

Answer: The king came to the forest to hunt a deer. He rode after the game and lost his way. Tired, he stood near a cave. One bird informed the robbers to rob the traveler of his jewels and his horse. The king sensed danger and rode away. Soon he came to a rishi’s ashram. He sat down in a tree’s shade. He was amazed to hear another bird’s voice. It requested him to enter the ashram and rest. The two birds were real brothers, but one became crook in the company of robbers. The other became gentle in the company of the rishi. The holy man told the king that one’s good or bad company makes one noble or wicked.