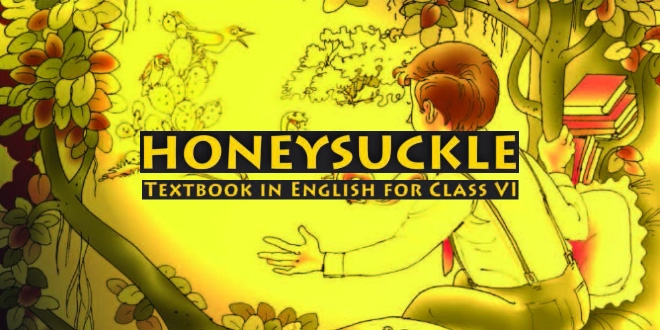 Question A: Put these sentences from the story in the right order and write them out in a paragraph. Don’t refer to the text.

I shall be so glad when today is over.

Having a leg tied up and hopping about on a crutch is almost fun, I guess.

I don’t think I’ll mind being deaf for a day — at least not much.

But being blind is so frightening.

Only you must tell me about things.

Let’s go for a little walk.

The other bad days can’t be half as bad as this.

Answer:Let’s go for a little walk. Only you must tell me about things. I shall be so glad when today is over. The other bad days can’t be half as bad as this. Having a leg tied up and hopping about on a crutch is almost fun, I guess. I don’t think I’ll mind being deaf for a day − at least not much. But being blind is so frightening.

Question: Match the words and phrases with their meanings in the box below.

Question: Re-word these lines from the story:

Answer: Miss Beam was middle-aged, dominating, yet kindly. Her hair was turning grey and she was a little fat.

Question: What did Miss Beam teach the children at her school?

Question: What was the real aim of Miss Beam’s school?

Answer: The real aim of Miss Beam’s school was not to teach so many subjects to make them thoughtful. They were trained to be kind to others and become responsible citizens. The school aimed at teaching ‘thoughtfulness’.

Question: What did the author point out about the children in the playground?

Answer: The .author complained that not all children were healthy and active-looking. Some were blind or lame and crippled.

Question: What did Miss Beam tell the author about the game being played among the friends

Answer: Miss Beam explained to the author that no child was lame, blind or crippled. They were, in fact, being made to understand misfortune. Every child had one blind day. one lame day and one dumb day. They were helped by other children.

Question: How did the little-bandaged girl make the author much more thoughtful than he ever thought?

Answer: The bandaged girl asked the author to describe things to her. The author had to observe places and persons very carefully. He noticed the colour of the hair or skirt. He discovered after a while that he had become thoughtful.

Question: In what respect was Miss Beam’s school different from others?

Answer: Miss Beam ran a school. But it was very different from others. The children were taught how to spell words, do sums and write. The teacher taught to them interesting lessons. But the real aim of the school was to make children sensitive and good citizens, kind and responsible. They were given practical training to develop such a character.

Question: What did Beam’s school aim to teach? Why?

Answer: Miss Beam’s school was a training ground to turn out good citizens. Bookish knowledge intends to know what is right and what is wrong. But Miss Beam’s school aimed at developing the habit to help the blind, the lame and the needy

Question: Which incident made the visitor to the school ten times more thoughtful than ever?

Answer: The narrator had heard a lot about the unique method of teaching in Beam’s school. At first, he saw a blind girl being led out. Then he saw a lame boy. He thought that the students were not at all healthy and active. But soon he came to know that that they were just acting to be blind, lame, crippled etc. Meanwhile, he was asked to lead a blind girl around. The blind girl asked him many questions. And he had to apply his brain to describe people and things. He realized that he had become ten times more thoughtful than ever.

Previous An Indian-American Woman in Space: 6th English Ch 04
Next Who I Am: 6th Class CBSE Honeysuckle English Chapter 06