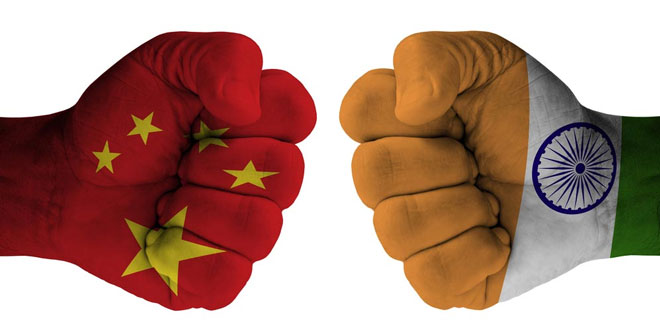 Indo-China comprises the modern countries of Vietnam, Laos and Cambodia. Its early history shows many different groups of people living in this area under the shadow of the powerful empire of China. Even when an independent country was established in what is now northern and central Vietnam, its rulers continued to maintain the Chinese system of government as well as Chinese culture. Vietnam was also linked to the maritime silk route that brought in goods, people and ideas. Other networks of trade connected it to the hinterlands where non-Vietnamese people such as the Khmer Cambodians lived.

Colonial Domination: French troops landed in Vietnam in 1858 and by the mid-1880s they had established a firm grip over the northern region. After the Franco-Chinese war the French assumed control of Tonkin and Anaam and, in 1887, French Indo-China was formed.

Need of Colony for French:

For many European powers, colonies were considered essential to supply natural resources and other essential goods. Moreover, the colonizers thought it was the mission of the ‘advanced’ European nations to civilize the backward people.

For increasing cultivation, the French began to build canals to irrigate the land in the Mekong delta. This helped in increasing rice production. The area under rice cultivation went up from 274,000 hectares in 1873 to 1.1 million hectares in 1900 and 2.2 million in 1930. Vietnam exported two-thirds of its rice production and by 1931 had become the third largest exporter of rice in the world.

After that, the French began to work on infrastructure projects. This was necessary for transportation of goods for trade and also for moving military garrisons in the entire region. Construction of a trans-Indo-China rail network began in this period and the final link with Yunnan in China was completed by 1910. The second line was built to link Vietnam to Siam (early name of Thailand).

Should Colonies be Developed: Paul Bernard was an eminent French thinker. He believed in developing infrastructure in Vietnam so that people could become more prosperous. A prosperous public would mean a better market for the French business. He also advocated for land reforms so that farm output could be improved.

The colonial economy in Vietnam was mainly based on rice cultivation and rubber plantation. Rail and port facilities were set up to service this sector. Little effort was made by the French to industrialize the economy.

The Dilemma of Colonial Education: The French wanted to civilize the Vietnamese by imposing the ‘modern’ European culture on them. They also wanted to educate the local people so that a large workforce could be created for clerical jobs. They did not want to impart a better education as they were afraid that more education could lead to awakening among the local people which could prove dangerous for the colonial rulers. So, full access to French education was denied to the Vietnamese.

Talking Modern: The elites in Vietnam were highly influenced by the Chinese culture. It was important for the French to counter this influence. They systematically tried to dismantle the traditional education system and established French schools for the Vietnamese. But replacing the Chinese language (which was used by the elites) was very difficult.

Some French policymakers wanted the use of French as the medium of instruction. They wanted to build an Asiatic France which could be solidly tied to the European France.

Some other policymakers wanted Vietnamese to be taught in lower classes and French in the higher classes. There was a provision to award French citizenship to those who learnt French and acquired the French culture.

There was a deliberate policy of failing the students in the final year of French classes. This was done to prevent the local from qualifying for the better-paid jobs. The school textbooks glorified the French and justified colonial rule. The Vietnamese were shown as primitive and backward who were only capable of manual labour.

Teachers and students did not blindly follow what was written in the curriculum. There could be open opposition as well as silent resistance. When the number of Vietnamese teachers increased in the lower classes, it was no longer possible to control what was being actually taught.

The schools proved to be fertile ground for developing the feeling of nationalism among the Vietnamese. By the 1920s, students began to form political parties and to publish nationalist journals. The Party of Young Annan (political party) and Annanese Student (journal) are some examples.

The imposition of French education and culture backfired as the Vietnamese intellectuals felt a threat on their own culture.

Hygiene, Disease and Everyday Resistance: The city of Hanoi was built by using modern engineering and architecture. A beautiful city was built for the colonial masters. It had wide avenues and well laid out sewer system. The irony was that the sewer system; which was being touted as the symbol of hygiene became the perfect breeding ground for rats and led to the plague epidemic in Hanoi.

The Rat Hunt: To stop the spread of plague, as rat hunt was started in 1902. Vietnamese workers were hired for the task and were paid for each rat being caught. People began to catch rats in thousands. The payment was done when a tail of a rat was shown as a proof that a rat had been killed. Many people began just clipping the tails and collecting the bounty. Many people even began to raise rat to earn more. This incident showed that at some juncture even the superior power of a colonial master fails and even the weak can assume a very strong bargaining position.

The religious beliefs in Vietnam were a mixture of Buddhism, Confucianism and local practices. Christianity was introduced by French missionaries. They were intolerant of easygoing attitude of the Vietnamese. From the eighteenth century, many religious movements turned hostile to the Western presence. Scholars Revolt of 1969 was one of the early movements against the spread of Christianity.

Huynh Phu So: Hoa Hao was another such movements. It began in 1939 and gained great popularity in the fertile Mekong delta area. It drew on religious ideas popular in anti-French uprisings of the nineteenth century. The founder of Hoa Hao was a man called Huynh Phu So. He performed miracles and helped the poor. His criticism against useless expenditure had a wide appeal. He also opposed the sale of child brides, gambling and the use of alcohol and opium.

The French tried to suppress the movement inspired by Huynh Phu So. They declared him mad, called him the Mad Bonze, and put him in a mental asylum. But the doctor, who had to prove him mad, became his follower. Finally, he was exiled to Laos and many of his followers were sent to concentration camps.

Phan Boi Chau (1867-1940): He was a nationalist who was educated in the Confucian tradition. He formed the Revolutionary Society (Duy Tan Hoi) in 1903; with Prince Cuong De as the head. Phan Boi Chau met the Chinese reformer Liang Qichao (1873-1929) in Yokohama in 1905. ‘The History of the Loss of Vietnam’ was the most influential book written by Phan. It was written under the strong influence and advice of Qichao. The book focuses mainly on two issues, viz. the loss of sovereignty and severing of ties with China. Phan became one of the leading figures of the anti-colonial movement in Vietnam.

Phan Chu Trinh (1871-1926): He strongly differed with Phan Boi Chau. He was hostile to the monarchy and opposed the idea of resisting French with the help of court. He was highly influenced by the democratic ideals of the west. He accepted the French ideals of liberty. He wanted the French to set up legal and educational institutions, and develop agriculture and industries.

Influence of Japan and China

In the first decade of the twentieth century, many Vietnamese students went to Japan for getting modern education. The primary motive for going to Japan was to drive out the French from Vietnam, overthrow the puppet emperor and re-establish the Nguyen dynasty. They appealed to the Japanese as fellow Asians.

Japan had become a modern country and had successfully resisted the colonization by the west. Its victory over Russia in 1907 proved its military capabilities. After 1908, the Japanese Ministry of Interior clamped down on revolutionary activities of Vietnamese students. Many revolutionaries were deported and forced to seek exile in China and Thailand. Phan Boi Chau was also among them.

Developments in China also inspired Vietnamese nationalists. In 1911, a popular movement under Sun Yat Sen had overthrown the long established monarchy and a Republic was set up. The Vietnamese students were inspired by this development. They formed the Association for the Restoration of Vietnam (Viet-Nam Quan Phuc Hoi). The objective of the anti-French independence movement was now to set up a democratic republic.

The Communist Movement and Vietnamese Nationalism

The Great Depression of the 1930s had a profound impact on Vietnam. There was a steep fall in the prices of rice and rubber. This led to a rise in rural debts and unemployment, and finally in rural uprisings. The provinces of Nghe An and Ha Tinh were the important hotspots of rural uprising. However, the uprising was dealt with severely by the French. Even planes and bombs were used to suppress the uprising.

Formation of Democratic Republic of Vietnam: In 1940 Japan occupied Vietnam, as part of its imperial drive to control Southeast Asia. So nationalists now had to fight against the Japanese as well as the French. The League for the Independence of Vietnam (Viet Nam Doc Lap Dong Minh), which came to be known as the Vietminh, fought the Japanese occupation and recaptured Hanoi in September 1945. The Democratic Republic of Vietnam was formed and Ho Chi Minh became Chairman.

The French tried to regain control. They used the emperor Bao Dai as their puppet in this endeavor. The Vietminh were forced to retreat to the hills. After eight years of fighting, the Vietminh were able to defeat the French in 1954 at Dien Bien Phu.

A peace negotiation took place in Geneva after the French defeat. Vietnam was divided into two countries, viz. south and north Vietnam. Ho Chi Minh and the communists assumed power in the north. Bao Dai’s regime took control of the south.

The Bao Dai regime was soon overthrown by a coup led by Ngo Dinh Diem. Diem built a repressive and authoritarian government. The National Liberation Front (NLF) opposed the dictatorial rule of Dinh Diem. The NLF took help from Ho Chi Minh government and fought for the unification of the country.

The Entry of the US into the War

The US was apprehensive that establishment of a communist regime would spark a chain reaction which could lead to formation of similar regimes in the surrounding parts of the world. In order to stop the spread of communism, the US attacked Vietnam.

The US occupation of Vietnam involved use of a high number of services personnel and also the use of latest warfare. In spite of advanced technology and good medical supplies, the US casualties were very high in Vietnam. Even the most powerful bombers of the time, the B52s were used in the battle. About 47,000 US soldiers died and 303, 000 were wounded. About 23,000 suffered 100% disability.

The struggle of the Vietnamese people against the US showed that the inspiration of saving the motherland can turn even the weak into a great battle force. The US probably underestimated this factor.