Answer: The force is the largest, when angle between the current carrying conductor and magnetic field direction is a right angle, i.e., 90°

Question: 2. Name the sensory receptors found in the nose and on the tongue. [1]

Question: 4. Write the balanced chemical equation for the following reaction and identify the type of reaction and define it.

Question: 5. We often observe domestic waste decomposing in the by-lanes of residential colonies. Suggest ways to make people realize that the improper disposal of waste is harmful to the environment. [2]

Question: 6. A reddish brown colored metal, used in electrical wires, when powdered and heated strongly in an open china dish, its colour turns black. When hydrogen gas is passed over this back substance, it regains its original colour. Based on the above information answer the following questions:

(i). Name the metal and the black colored substance formed.
(ii). Write balanced chemical equations for both the reactions. [3]

(i). The reddish brown colored metal used in electric wires is Copper.

Question: 7.
(a) Give an example for a combination reaction which is exothermic.
(b). Identify the oxidising agent, reducing agent in the following reaction.
H2S + Cl2 → 2 HCl + S
(c) Name the phenomenon due to which the taste and smell of oily food changes when kept for a long time in open. Suggest one method to prevent it. [3]

Answer: (a) When calcium oxide and water combine to form a single product calcium hydroxide, a large amount of heat is also of heat is also released. Therefore it is a combination reaction which is exothermic.

(c) The phenomenon is rancidity. When fast and oils are oxidised, they become rancid and their smell and taste changes. This Phenomenon is called rancidity.
Prevention from rancidity. Antioxidants are added to food containing fats and oils to prevent them from oxidation. For example, An inert gas such as nitrogen is added to prevent the packed chips from getting oxidised.

Or
(1) Write the name given to based that are highly soluble in water? Give an example.
(2) How is tooth decay related to pH? How can it be prevented?
(3) Why does bee sting cause pain and irritation? Rubbing of baking soda on the sting area gives relief. How?

Question: 8.
(1) Why does calcium start floating when added to water?
(2) Most of the metals do not give hydrogen while reacting with nitric acid. Why?
(3) Write equation for the reaction of iron with steam. Name the compound of iron obtained.

Question: 9. Three resistors of 5 Ω, 10 Ω and 10 Ω are connected in series and the combination is connected to battery of 30 V. Ammeter and Voltmeter are connected in the circuit. Draw a circuit diagram to connect all the devices in proper correct order. What is the current flowing and potential difference across 10 Ω resistance? [3]

Question: 12. Write two examples each of sexually transmitted diseases caused by (i) virus, (ii) bacteria. Explain how the transmission of such diseases be prevented?

Transmission of such diseases can be prevented by the following ways:

Question: 13. “The sex of a newborn child is a matter of chance and none of the parents may be considered responsible for it.” Justify this statement with the help of a flow chart showing determination of sex of a newborn. [3]

Therefore it is the sperm from the father which determines the sex of the child.
Thus in human beings, the sex of baby is determined by the type of sperm that fuses with ovum. As human male produces two types of sperms in equal proportion, so there are 50% chances of a male baby and 50% chances of a female baby.

Question: 14. Mention  the types of mirrors used as (i) rear view mirrors, (ii) shaving mirrors. List two reasons to justify your answers in each case. [3]

Or
An object of height 6 cm is placed perpendicular to the principal axis of a concave lens of focal length 5 cm. Use lens formula to determine the position, size and nature of the image if the distance of the object from the lens is 10 cm.

Thus a virtual, erect, diminished image is formed on the same side of the object (i.e., left side).

Question: 15. State the difference in colors of the Sun observed during sunrise/sunset and noon. Give explanation for each. [3]

Answer: The Sun and surrounding sky appear red at sunrise and at sunset because at this time the Sun is near the horizon and sunlight has to travel the greatest distance through the atmosphere to reach us. Thus most of the blue colour present in sunlight has been scattered out and away from our line of sight, leaving behind mainly red colour in the direct sunlight beam that reaches our eyes.

When the Sun is overhead (as at noon) then the light coming from the Sun has to travel a relatively shorter distance through the atmosphere to reach us. Thus only a little of blue colour of the white light is scattered. Since the light coming from the overhead Sun has almost all its component colours in the right proportion, therefore the Sun in the sky overhead appears white.

Question: 16. (a). In the formation of compound between two atoms A and B, A loses two electrons and B gains one electron.
(i) What is the nature of bond between A and B?
(ii) Suggest the formula of the compound formed between A and B.
(b). On similar lines explain the formation of MgCl2 molecule.
(c). Common salt conducts electricity only in the molten state. Why?
(d). Why is melting point of NaCl high? [5]

(b) (i) Mg has 2 election in its outermost shell so it loses 2 electrons to achieve the inert gas configuration of eight valence electrons and forms positively charged ion or divalent cation.

(ii) Cl has 7 electrons in its outermost shell so it gains one electron to achieve the stable inert gas configuration and forms negatively charged ion or monovalent anion.

(c) Common salt (NaCl) is an ionic compound which conducts electricity only in molten state because in molten state the electrostatic forces of attraction between oppositely charged ions (Na+ and Cl–) are overcome due to heat. Thus the ions move freely and conduct electricity.

(d) NaCl is an ionic compound so there is a strong force of attraction between the positively charged sodium ion and negatively charged chloride ion. Therefore a considerable amount of energy is required to break the strong interionic  attraction. Thus NaCl has high melting point.

(b) How many 176 Ω resistors in parallel are required to carry 5 A on a 220 V line?
(c) Define electric power. Derive relation between power, potential difference and resistance.

Answer: (a) Resistance of wire = Slope of the graph
According to Ohm’s law,

Question: 19. (1) List three distinguishing features between sexual and asexual types of reproduction
(2) Explain why variations are observed in the offsprings of sexually reproducing organisms? [5]

Or
(1) Identify A, B and C in the given diagram and write their functions.
(2) Mention the role of gamete and zygote in sexually reproducing organisms.

Answer: (1).
A – Stigma. The top part of carpel is called stigma. Stigma is for receiving the pollen grains from the anther of stamen during pollination.
B – Pollen tube. When a pollen grain falls on the stigma, it bursts open and grows a pollen tube downward through the style towards the female gamete in the ovary. A male gamete moves down the pollen tube.
C – Female gamete (ovum). It is a special reproductive female sex cell which combines with male gamete to form zygote.

(2). Sexual reproduction takes place by the combination of special reproductive cells called sex cells. These cells are of two types: male sex cells and female sex cells, which are coming from two different parents: a male and a female. The cells involved fuses with a female gamete to form a new cell called zygote. This zygote then grows and develops into a new organism in due course of time.

Question: 21. The elements of the third period of the Periodic Table are given below:
Group → I II III IV V VI VII
Period ↓ Na Mg Al Si P S Cl

Question: 22. What is of inertial is formed when aqueous solutions of sodium sulphate and barium chloride are mixed. Give the balanced chemical equation involved. Name the type of reaction it is? [2]

Question: 23. Give any four precautions taken by a student to perform an experiment to determine the resultant resistance of two resistors when connected in series. [2]

Question: 24. Why is epidermal peel generally taken from lower surface of the leaf? [2]

Question: 25. Why does a ray of light while passing through a prism, bend towards its base? [2]

Question: 26. Name two types of fissions. Name two living beings of each type which reproduce by these methods of fission. [2]

Question: 27. Write two tests you would perform to detect, whether the given colorless liquid is Acetis Acid or not. [2] 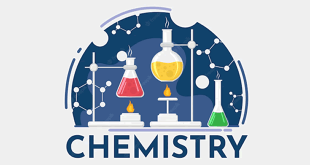