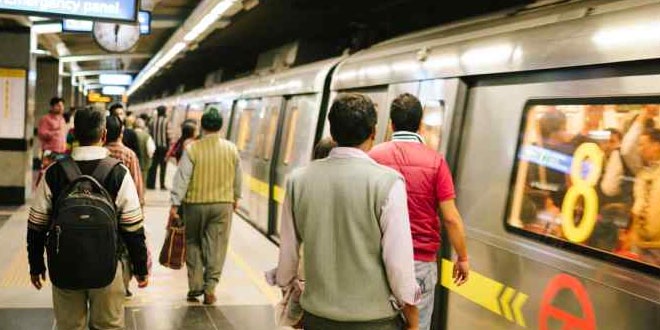 Delhi is the capital of India. It is one of the over crowded metropolitan city not only in India but through out the world. Because of dense and more population, jams on Delhi roads are most common. To over come this problem Delhi government and union government decided to take this step. In collaboration with Japan it was decided ti install new system of transportation in Delhi. This new system is metro (D.M.R.C). D.M.R.C. is unique project to control the traffic problem.

The metro is running presently on two routes. The first route is from Shahdara to Rithala village. The second route from I.S.B.T. Delhi university has also started. This route is underground and its length is 4 km. The second phase of the 2nd route is going to start shortly. Then the second route will become route is under ground. This route is 11km long. There are 10 stations on this route. The third route is from Barakhamba Road to Dwarka. The construction work on this route at swing. The Metro trains are fully automatic and air conditioned. The stations are also fully automatic and air conditioned. The frequency of trains is 7 per minute. Daily metro passengers are more than three lacs. On Sundays Metro management increases the number of trains and their frequency. In near future it proposed to join the nearby cities of N.C.R. of Delhi with the capital. This would be proved boon to the people of N.C.R. of Delhi as they will travel smoothly, quickly, without road fear, jam fear and free of mind.