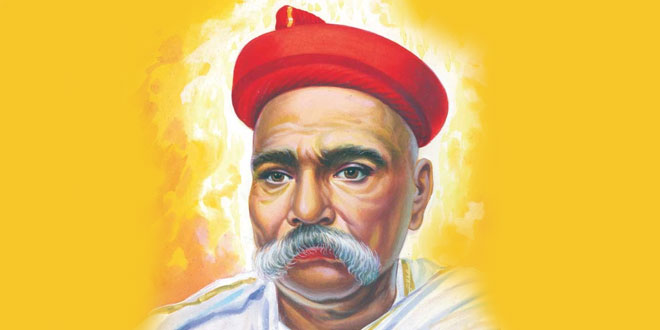 Shri Bal Gangadhar Tilak was born at Ratnagiri on July 23,  1856. He came from a royal family, but his father was a humble school teacher. Tilak studied at the Poona High School, and then joined the Deccan College. He got his law degree in 1879.

Bal Gangadhar Tilak was outspoken in his speech right from a very young age. He joined the other freedom fighters in their sturggle for independence. He believed that only education could free the Indian people from foreign rule.

To realise his aim, he started the New English School at Poona with his two friends. In 1881. Tilak brought out two weeklies, ‘Maratha’ in English and ‘Kesari’ in Marathi. He established the Deccan Education Society in 1885.

Bal Gangadhar Tilak  was the father of Indian nationalism. He gave the famous slogan, “Swaraj is my birth right, and I shall have it”. He believed that the British had to be paid back in their own coin by fighting back.

Tilak was arrested in 1905 and sent to Mandalay jail fore 6 years. When he was released, he started the Home Rule movement. Unfortunately, he died suddenly on August 1, 1920, His death was a great setback to the freedom movement.