1.1 On the basis of your reading, answer the following questions briefly.

The first train in the country had run between Roorkee and Piran Kaliyar on December 22, 1851 to temporarily solve the then irrigation problems of farmers. A large quantity of clay was required, which was available in Piran Kaliyar area, 10 km away from Roorkee. The very first commercial train journey in India was between Bombay and Thane on 16th April 1853 in a 14-carriage long train, drawn by 3 locomotives named Sultan, Sindh and Sahib. It was around 21 miles in length and took approximately 45 minutes. With the spread of science and new technological developments, a reliable and time-honoured system is giving way to newer ones – unconcerned with the beauty and charm of the old. It was against this background that the idea of setting up a Rail Transport Museum was conceived in 1962, it took concrete shape in 1970 and the foundation stone for the museum was laid down. A British engineer, Robert Maitland Brereton, was responsible for the expansion of the railways from 1857 onwards. The Calcutta-Allahabad-Delhi line was completed by 1864. The Allahabad-Jabalpur branch line of the East Indian Railways opened in June 1857. By 1857, about £95 million were invested by the British companies in Indian railways. It later transpired that there was heavy corruption in these investments, on the part of both, members of the British Colonial Government in India, and the companies that supplied machinery and steel in Britain. By 1880, the network route was about 14,500 km (9,000 miles), mostly radiating inward from the three major port cities of Bombay, Madras, and Calcutta. By 1895, India had started building its locomotives and in 1896 India sent engineers and locomotives to help build the Uganda Railways. In 1901, an early Railway Board was constituted, but the power were formally invested under Lord Curzon. It served under the Department of Commerce and Industry and had a government railway official serving as chairman, a railway manager from England and an agent of the company railways as the other two members. For the first time in its history, the Railway began to make a profit.

(ii) On the basis of your reading of the passage, answer the following questions briefly. [2×4=8]

(ii) Choose the most appropriate words from the options given below. [1×4=4]

(a) The word ‘transpired’ means:

(b) The word ‘time-honoured’ is similar to the words:

(c) The meaning of the word ‘formally’ is

Question: 3. You are Aradhya. Write a dairy entry in 100-150 words, describing your visit to an old home and how you felt in the company of these old homeless people. [8]

One sunny morning, I woke up and I wasn’t in my comfortable bed. I was in my rabbit’s hutch! I was small with soft brown fur all over my body…

Question: 6. The following passage has an error in each line against which two blanks are given. Write the incorrect word in the first and the correction in the second blank: [4]

Question: 7. The words and phrases are jumped up in sentence. [4] Rearrange them to make meaningful sentences.

(i) The mechanical teacher had been giving her test after in geography and had been doing worse and worse until her mother had shaken her head sorrowfully and sent for the Country Inspector.

He was a round little man with a read face and a whole box of tools with dials and wires. He smiled at margie and gave her an apple, then took the teacher apart. Margie had hoped he wouldn’t know how to put it together again, but he knew how all right and, after an hour or so, there it was again.

(ii) then took the other, as just as fair,
And having perhaps the better claim
Because it was grassy and wanted wear;
Though as for that the passing there
Had worn them really about the same,

How is Evelyn Glennie a source of Inspiration for the handicapped? What do you learn from her life?

‘Machines can’t replace human beings’. Explain this is 100-150 words in reference to the lesson ‘The fun They Had’.

When does the child realize that he has lost his way? How have his anxiety and insecurity been described?

Why does the author say, ‘Toto was not the sort of pet we could keep for long’? 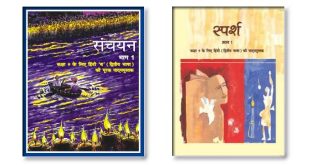 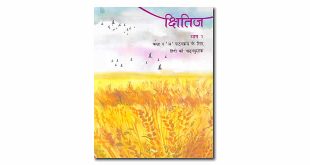