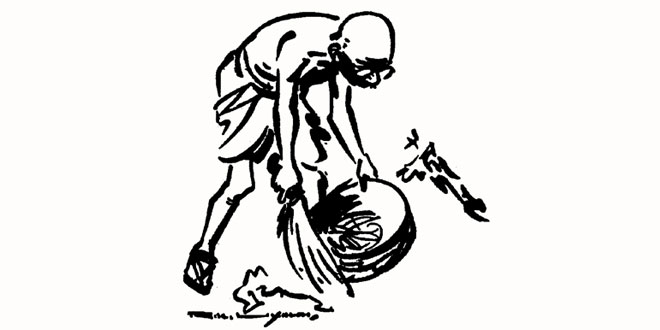 Answer: She belonged to the Mahar caste.

Question: What did the marginal groups rely on to protect themselves from continued exploitation by other groups?

Answer: Marginal groups relied on the Constitution of India and the Judiciary System to protect them from continued exploitation by other groups.

Question: How does our Constitution ensure cultural justice to minority groups?

Answer: Our Constitution ensures cultural justice to minority groups by granting them Cultural and Educational Rights.

Question: For admission to collages, especially to institutes of professional education, governments define a set of ‘cut off’ marks. What does this mean?

Answer: This means that not all Dalit and tribal candidates can qualify for admission, but only those who have done well and secured marks above the cut off point.

Question: Why is Kabir’s poetry sung and appreciated by Dalit and marginalised groups even today?

Answer: It is because Kabir’s poetry brings out the powerful idea of the equality of all human beings and their labour.

Question: Who was Rathnam?

Answer: Rathnam was a twenty years old engineering student. He belonged to a Dalit Family.

Question: Which ritual did he refuse to perform?

Answer: He refused the ritual of washing the feet of priests with and then bathing in that water.

Question: What shocked the powerful castes?

Answer: A Dalit young boy like Rathnam dared to refuse to perform the age old ritual.

Question: Why did Rathnam file a complaint under the Scheduled Tribes (Prevention of Atrocities) Act?

Answer: He filed a complaint under this Act to protest against the domination and violence of the powerful caste in his village.

Question: What work does a manual scavenger do?

Answer: He does the work of carrying human and animal waste.

Question: What is Safai Karamchari Andolan?

Question: What is the Employment of Manual Scavengers and Construction of Dry Latrines (Prohibition) Act about?

Answer: This act is about the prohibition of the employment of Manual Scavengers as well as the construction of dry latrines.

Question: How does Kabir describe the term ‘untouchability’?

Answer: According to Kabir untouchability is the highest state of knowledge. It means not be touched by narrow limiting ideas.