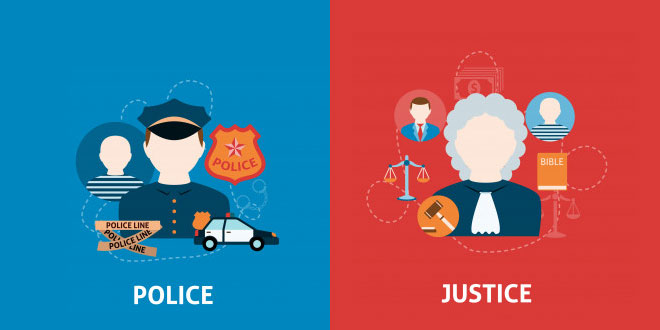 Question: Discuss the role of the defence lawyer and the public prosecutor.

Answer: Role of the Defence Lawyer: The defence lawyer appointed by the accused presents the case on behalf of the accused. The defence lawyer can cross-examine the witnesses and also ask the court to summon witnesses to prove that the accused is not guilty. Thus, an accused is given full opportunity to defend himself through a fair trail. The judge passes an impartial judgement only after hearing both sides of the case.

Question: What are D.K. Basu Guidelines?

Question: What is a FIR?

Answer: FIR stands for First Information Report. The police have to file a FIR whenever a person gives information about a known offence. This information can be given to the police either orally or in writing. A FIR is necessary for the police to begin their investigations into a crime.

There is a prescribed form in which the police register an FIR and it is signed by the complainant. The complainant also has a legal right to get a free copy of the FIR from the police.