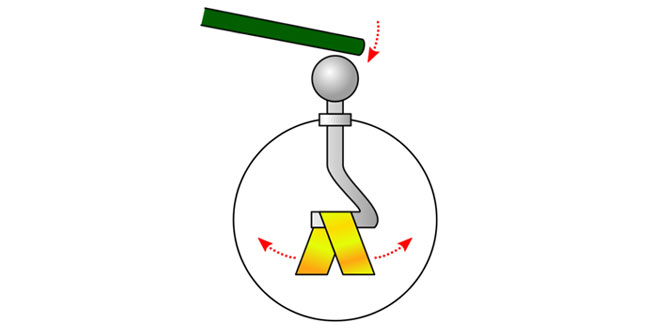 Question: How does a lightning conductor work?

Answer: A lightning conductor consists of a metal rod ending in spikes at the top. The lower end of the rod is attached to a copper plate buried deep in the earth. When lightning strike the building, spikes receive charge and transfer to ground through the metal rod.

Question: List four precautions you will take to save yourself from a lightning strike during a thunderstorm.

Answer: Four precautions to be taken to save myself from a lightning strike during a thunderstorm are:

Question: What is the Richter scale? Why do we say that it is not a linear scale?

Question: Draw a labelled diagram of a gold-leaf electroscope. Describe how you will use it to detect a charge, measure a charge, and find the nature of the charge.

Answer: The gold-leaf electroscope consists of a metal disc to which a metal rod is attached. The metal rod passes into a bell jar through a tightly-fitted rubber stopper. At the bottom of the metal rod are mounted two thin strips (or leaves) of metal. These can be made of copper, brass or gold. The bell jar rests on a wooden base. Tin foil is attached to the sides of the bell jar.

The gold-leaf electroscope is used: 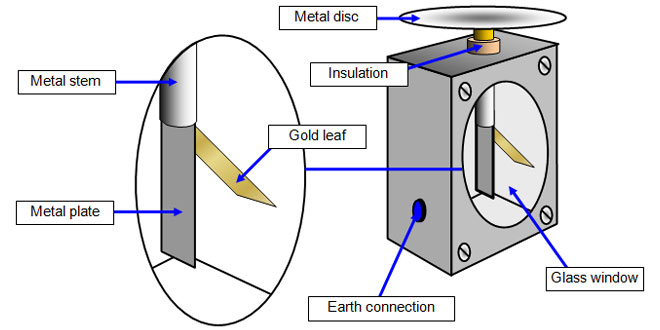 Question: Explain how lightning occurs between two clouds during a storm.

Answer: When two clouds with unlike charges come near each other, there can be a very heavy discharge between them. Huge amount of energy is released in the form of heat, light and sound during such a discharge. This is the lightning we see and the thunder we hear during a storm.