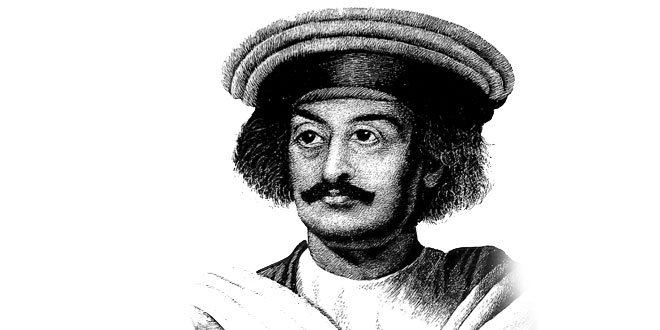 Question: Why are social reformers described so?

Answer: Social reformers are described so because they felt that some changes were essential in society and unjust practices needed to be rooted out.

Answer: They brought changes in society by persuading people to give up old practices and adopt a new way of life.

Question: What do you mean by ‘sati’?

Answer: Widows who chose death by burning themselves on the funeral pyre of their husbands were known as ‘sati’, meaning virtuous woman.

Question: Who were known as Vaishyas?

Answer: Traders and moneylenders were known as Vaishyas.

Answer: Raja Ram Mohan Roy was a learned social reformer. He was well versed in Sanskrit, Persian and several other Indian and European languages. He raised voice against the practice of sati and got it rooted out.

Question: What was hook swinging festival?

Answer: It was a popular festival in which devotees underwent a peculiar form of suffering as part of ritual worship. With hooks pierced through their skin they swung themselves on a wheel.

Question: Who was Mumtaz Ali?

Answer: Mumtaz Ali was a social reformer who reinterpreted verses from the Koran to argue for the education of women.

Question: Who published the book named Stripurushtulna? What is it about?

Answer: Tarabai Shinde published Stripuru¬shtulna. It is about the social differences between men afid women.

Question: How did widow’s home at Poona help the widows?

Answer: It trained them so that they could manage financial support for themselves.

Question: What was the contribution of Christian missionaries in spreading education among tribal groups and lower castes?

Answer: These missionaries set up schools for tribal groups and lower caste children. Here, they were equipped with some skills to make their way into a new world.

Question: Why do people view leather workers with contempt?

Answer. Leather workers work with dead animals which are seen as dirty and polluting. Hence, people see them with contempt.

Answer: They were experts at cleaning hides, tanning them for use and sewing sandals.

Question: Who were Shudras?

Answer: They belonged to labouring castes.

Question: Who were Ati Shudras?

Answer: They were untouchables.

Question: What was the Satyashodhak Samaj? Who founded it?

Answer: The Satyashodhak Samaj was an association that propagated caste equality. It was founded by Jyotirao Phule.

Question: Why did E.V. Ramaswamy Naicker leave the Congress?

Answer: He left the congress because he found nationalists adhering to caste distinctions. At a feast organised by them, the lower castes were made to sit at a distance from the upper castes.

Question: Name the Hindu scriptures which were criticized by Periyar.

Answer: The codes of Manu, the ancient lawgiver and the Bhgavad Gita and the Ramayana.

Question: Why were untouchable students not allowed to enter the classrooms where upper-caste boys were taught?

Answer: There was a false notion among the upper-caste that untouchables would pollute the rooms where their children were taught.