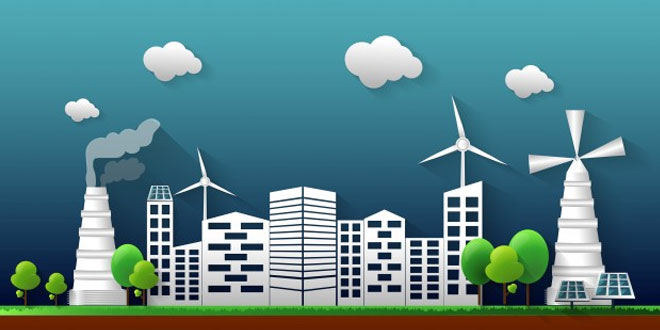 Question: Why is carbon monoxide considered to be such a dangerous pollutant?

Answer: Carbon monoxide is one of the most dangerous pollutants. It is extremely poisonous. It mixes with the blood and prevents it from carrying oxygen. It can even cause death due to lack of oxygen.

Question: Carbon dioxide in air is essential as plants use it to make food. When does it become a pollutant? What damage does it cause?

Question: What is acid rain? What is it caused by?

Answer: Rain mixed with Sulphuric acid is called acid rain. Sulphur is present in coal as an impurity. Therefore, when coal is burnt in homes, factories or power plants, Sulphur dioxide is given off. Sulphur dioxide is poisonous. It affects our lungs. It combines with the oxygen in the air to form Sulphur trioxide (SO3). This reacts with water in the clouds to form sulphuric acid (H2SO4).

Question: Give four ways in which air can be conserved.

Answer: Some of the methods of air conservation are as follows:

Question: How does the use of excess of fertilizers and pesticides affect water bodies?

Answer: Fertilizers and pesticides get washed off by rain into water sources. They also seep into the ground to pollute groundwater. When fertilizers run off into water sources, they cause an increase in the growth of algae in water which use up the dissolved oxygen from the water. When algae die, they become food for decomposers such as bacteria — these also use the dissolved oxygen, thus reducing oxygen content even further. Their thick growth also stops sunlight from reaching the water. This adversely affects the water plants and animals.

Question: Discuss the different methods available to us for making water potable by killing germs.

Answer: Water can be made potable by any of the following methods: