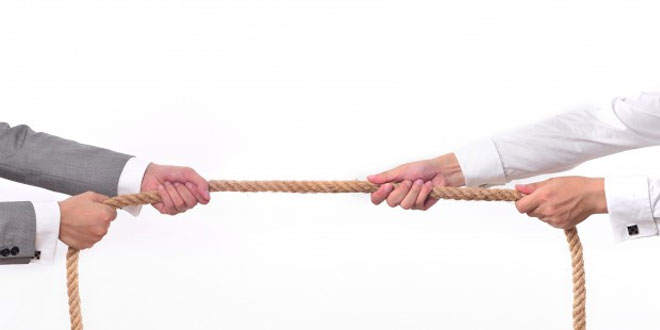 Answer: Two things that fully describe a force in push and pull.

Question:If several forces act in different directions on a body, in which direction will the body move?

Answer: When two or more forces act on an object in different directions, the effect on the object is due to the magnitude and direction of the net force acting on it.

Question: If object is thrown up, it finally comes down. Why?

Answer: If an object is thrown up, it finally comes down because of the force of gravity. Gravity is the force with which the earth pulls everything towards itself.

Question: What is the difference between mass and weight?

Answer: The difference between mass and weight is as follows:

Question: Why can a magnet act from a distance?

Answer: It can act from a distance because it is surrounded by an invisible field of magnetic force.

Question: What is pressure? What does pressure depends on?

Question: What is atmosphere pressure? What is it caused by?

Answer: The pressure exerted by air is called atmospheric pressure. It is caused by the air above us which presses down on us with a force equal to that exerted by a mass of 1 kg, on every square centimeter.

Question: Why is it difficult to cut vegetable with a blunt knife?

Answer: When the knife is blunt the area of contact becomes larger which results into effect of the force. Thus it is difficult to cut vegetables with a blunt knife.