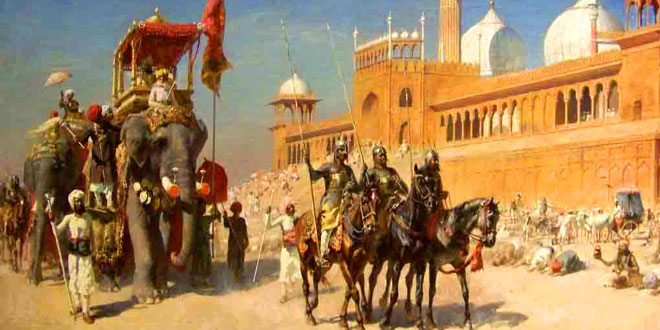 Question: Who was Raziya Sultan? Why did the nobles oppose Razia?

Answer: Raziya Sultan was daughter of Shams-ud-din Iltutmish who succeeded her father. Nobles and Ulema could not accept Raziya as Sultan as they founded humiliating to work under her.

Question: Name two Persian customs introduced by Ballan. Why were people against these customs?

Answer: Ballan believed in the theory divine kingship that is the king is god’s representative on earth. That is why he introduced the Persian custom of Sijdha and paibos. People were against this as they felt such customs were reserved for god alone.

Question: What were “dagh” and “chehra”? Who introduced them?

Dagh: Dagh is branding of horses to prevent the substitution of good horses by inferior ones.

Chehra: A full description for each soldier.

Question: Write two reasons that prompted Muhammad-bin-Tughlaq to shift the capital to Daulatabad.

Answer: In 1372 Muhammad-bin-Tughlaq decided to shift the capital of the empire from Delhi to Devagiri which he renamed Daulatabad. Most historians believe that there were two reasons for it.

Question: Explain the importance of literary sources for the Sultanate period. Which other sources tell us about this period?

Answer: The importance of literary sources for the Sultanate period:

Question: Who succeeded Qutb-ud-din Aibak? Why is that person called the real founder of the Sultanate?

Answer: Qutb-ud-din was succeeded by Iltutmish. He is considered the real founder of the Sultanate because he faced many problems but dealt with them strongly. He put down the rebellions within the empire. He also protected the north west frontiers of the Sultanate against possible Mongol invasions. In the east, he expanded his empire up to Bengal. Iltutmish had many sons but considered none capable of being his successor. So he decided to make his daughter, Raziya the Sultan of Delhi.