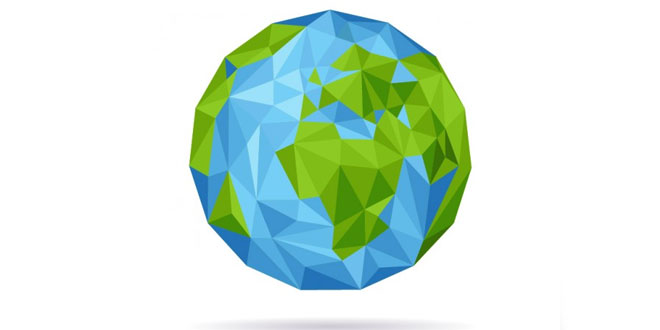 Answer: According to the theory, the lithosphere is broken up into number of pieces called tectonic or lithospheric plates. It consists of crust and outer parts of upper mantle. There are six major and 20 minor plates, all of which floats independently.

Endogenetic Forces
Exogenetic Forces
1. These are internal changes.
1. These are external changes.
2. These changes are slow or continuous or sudden. These forces also cause horizontal or vertical movements.
2. These changes are the result of depositional work or erosional work by rivers, winds, glaciers etc. it can be noticeable in 100-1000 years.
3. For example – Sudden: Earthquakes, Landslides or volcanic eruptions. Slow: Mountain building.
3. For example – Land forms caused by gradation of the earth.

Question: Why do tectonic plates move?

Answer: The rigid lithospheric plates float in the semi-molten rocks of the lower portion of the upper mantle, which is called asthenosphere. The temperature in the asthenosphere is high around 1600° C. At this temperature, the rocks are in a near molten state and they can flow in a thick and viscous way. Therefore tectonic plates are always moving.

Question: What is the difference between erosion and deposition?